Now, a powerful desktop deserves a capable monitor — so how does a 55-inch OLED gaming screen sound? We saw a prototype of Alienware’s giant display back at CES, but now Dell has finalized its design and it’s almost ready to ship. As you’d expect, it basically looks like a TV from the front, but around the back there’s a large LED strip, which serves as an ambient backlight while you’re playing.

So why would you get this over a typical TV? It’s all about the specs: the Alienware gaming monitor supports 4K up to 120Hz, it sports a fast 0.5ms response time, and it has AMD’s Freesync technology. And since it’s OLED, it’ll have inky dark black levels and some of the best contrast you’ll find on any TV. 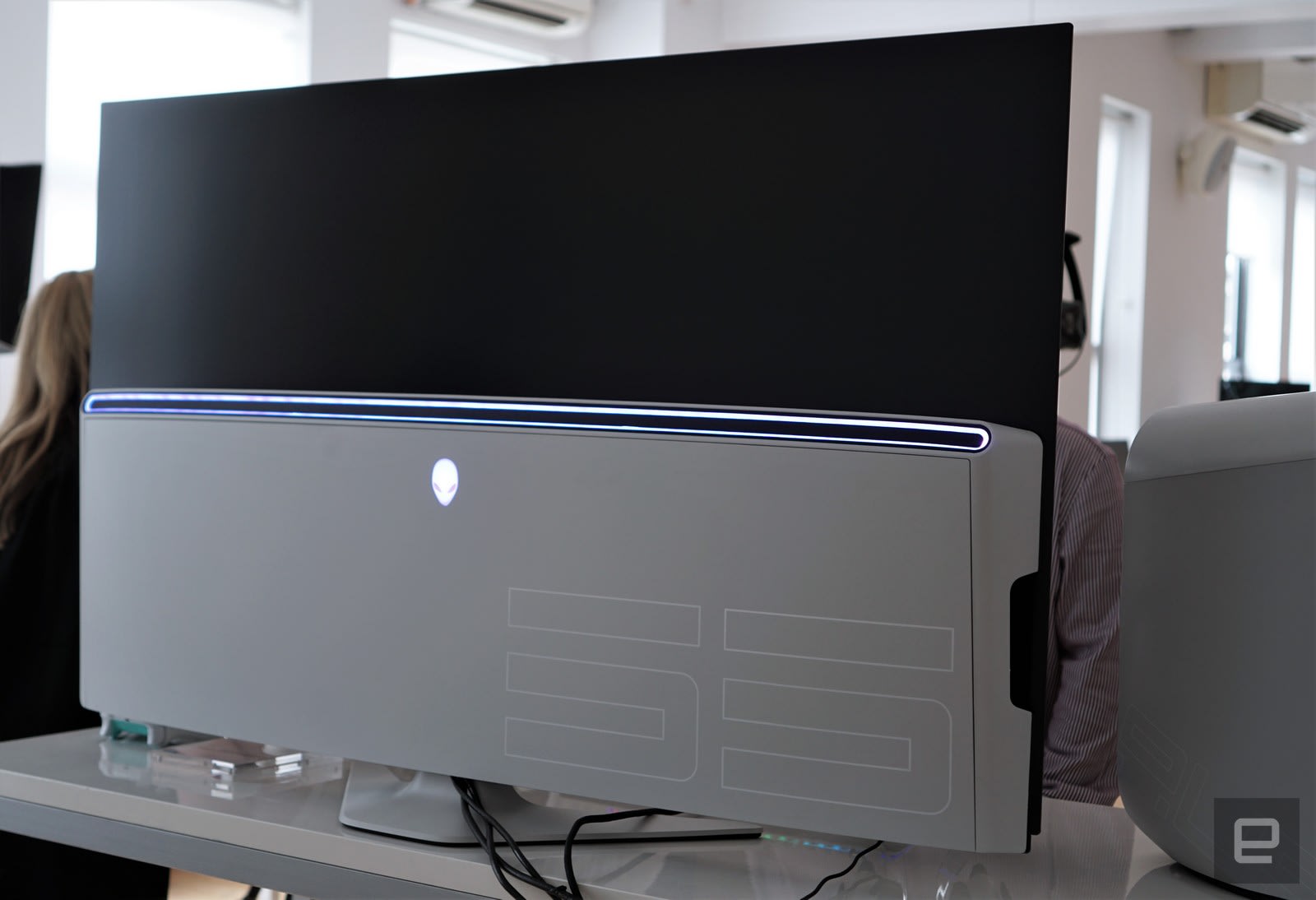 I played a bit of Elder Scrolls Online, and I was struck by how responsive everything was on the gaming monitor. It was as if the game was instantly detecting my mouse and keyboard movements, even when I was panning the camera around quickly. I’ll admit, I don’t have much of an issue gaming on my normal OLED TV, but the Alienware Gaming Monitor was still noticeably faster. I didn’t get to see anything beyond Elder Scrolls Online, but the game at least looked sharp, with bold colors and plenty of brightness.