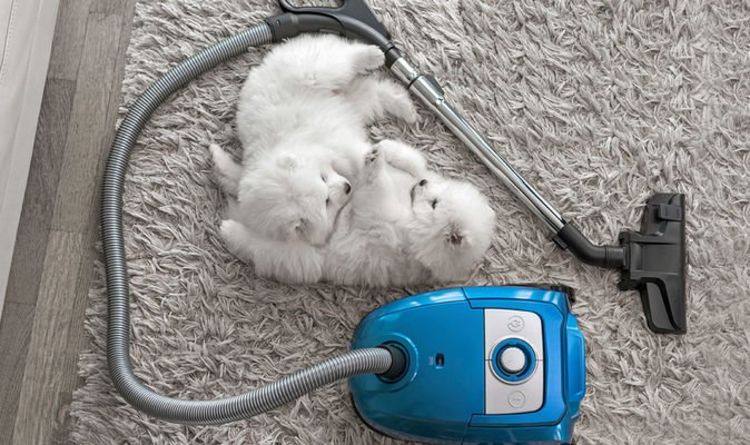 Cleaning sensation Mrs Hinch, who is also known as Sophie Hinchliffe, became famous after sharing her cleaning tips and recommendations on social media. She has since managed to gain a massive 4.1 million followers on Instagram and has often been seen on TV. Fans of hers have created their own social media groups dedicated to cleaning and tidying tips.

A fourth penned: “I love mine. I have two dogs and when I have finished it looks like I have another dog!”

“These are fantastic,” wrote another.

“We bought a car that was covered in dog hair and this baby worked a treat.”

One Mrs Hinch fan said: “I have this and it’s the best tool I’ve ever had.”

One person replied: “Depending on the pull of your carpet, you might need to hoover at both ends as it sometimes brings up/releases loose dirt.

Some users wanted to know whether the tool worked on “human hair”.

One user replied: “Yes it does. Five long-haired girls in my house and lots of human hair.”