Blacksad is pure noir, filled with police and criminals, smoke and booze, and set against the backdrop of a first-person narrative voiceover. There are no humans in the books, and characters’ species reflect their personalities and roles in society. The star of the story is John Blacksad, a hardboiled black cat detective, the stoic police commissioner Smirnov is a German Shepherd, while criminal underworld types are more often than not portrayed as lizards.

The novels are instantly recognizable for their stunning art, which mixes watercolor with realism, and for their many, many anthropomorphic animal characters. Translating that to a three-dimensional video game isn’t easy. Truth be told, I’m not massively enamored with the style the developers have gone for. It’s all a little too clean for my tastes, in much the same way that many 3D Simpsons games have failed to convey the charm of the 2D animation. 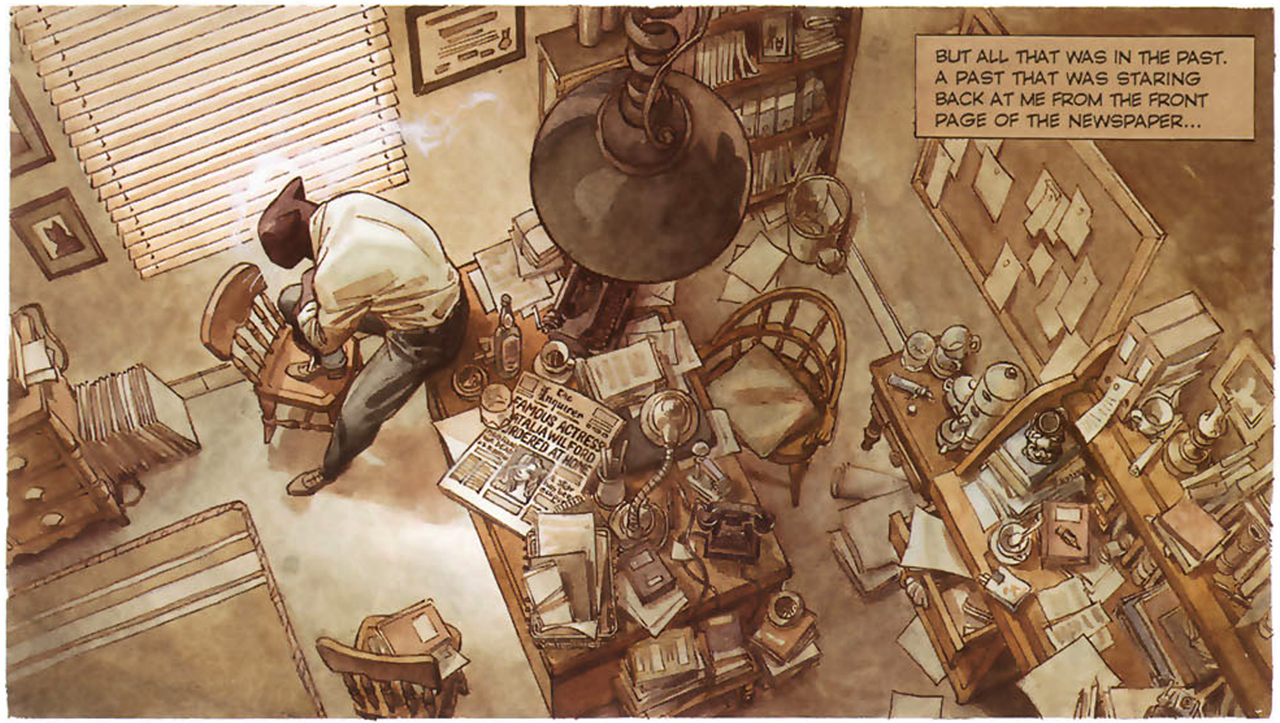 A frame from the first Blacksad graphic novel.

With that said, the team at Spanish developer Pendulo Studios (who you may know for the Runaway adventure games from the early ’00s) has done an admirable job with the character models, and the game does convey the mood of the books through sound and color; there’s an appropriately subdued palette and constant score of jazzy notes to draw you into the world. The voice acting is also played remarkably straight — it’s very easy to be over-theatrical when you’re doing an era crime piece.

Pendulo describes Under The Skin as an “adventure-investigation” game. It’s that modern interpretation of the point-and-click adventure, controlling much like Until Dawn, with 3D environments and a camera set on rails providing dramatic angles. 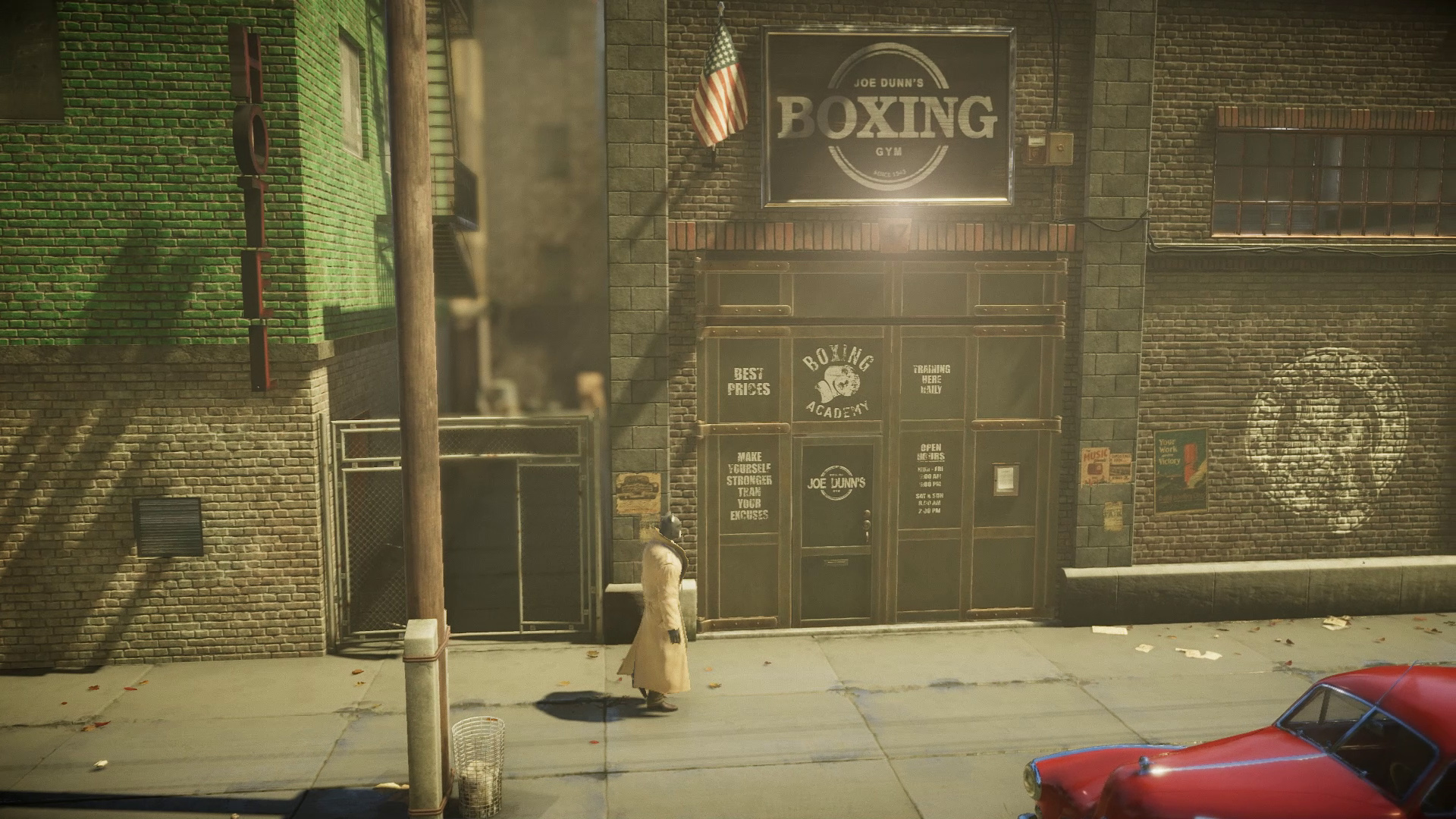 You’ll spend much of your time sleuthing for clues or in conversation. As in Until Dawn, you walk around interacting with objects with simple button presses, while the more action-oriented sequences are handled with QTEs. Conversations play out as you’d expect: pick the correct dialogue choice for some exposition that could help you solve your case. There’s an additional layer in “cat sense,” which lets you use your feline eyes and ears mid-conversation, which then translate into additional dialogue trees. In my short play through, though, I felt railroaded into using this sense: I was stuck in a loop in one conversation until I used cat sense to deduce a character’s nationality. This resulted in me feeling stupid for not using it earlier, rather than like an ace noir detective.

The clues and observations you gather feed into a “deduction system,” wherein you link your evidence to come up with new theories, opening fresh lines of enquiry. For example, noticing that a character became unreasonably angry when I broke into his locker, combined with something he’d said when I had questioned him earlier, got added together to show that he had something to hide. It’s not groundbreaking stuff for a detective game, but it’s a neat way of organizing what is bound to become a huge library of clues and red herrings. 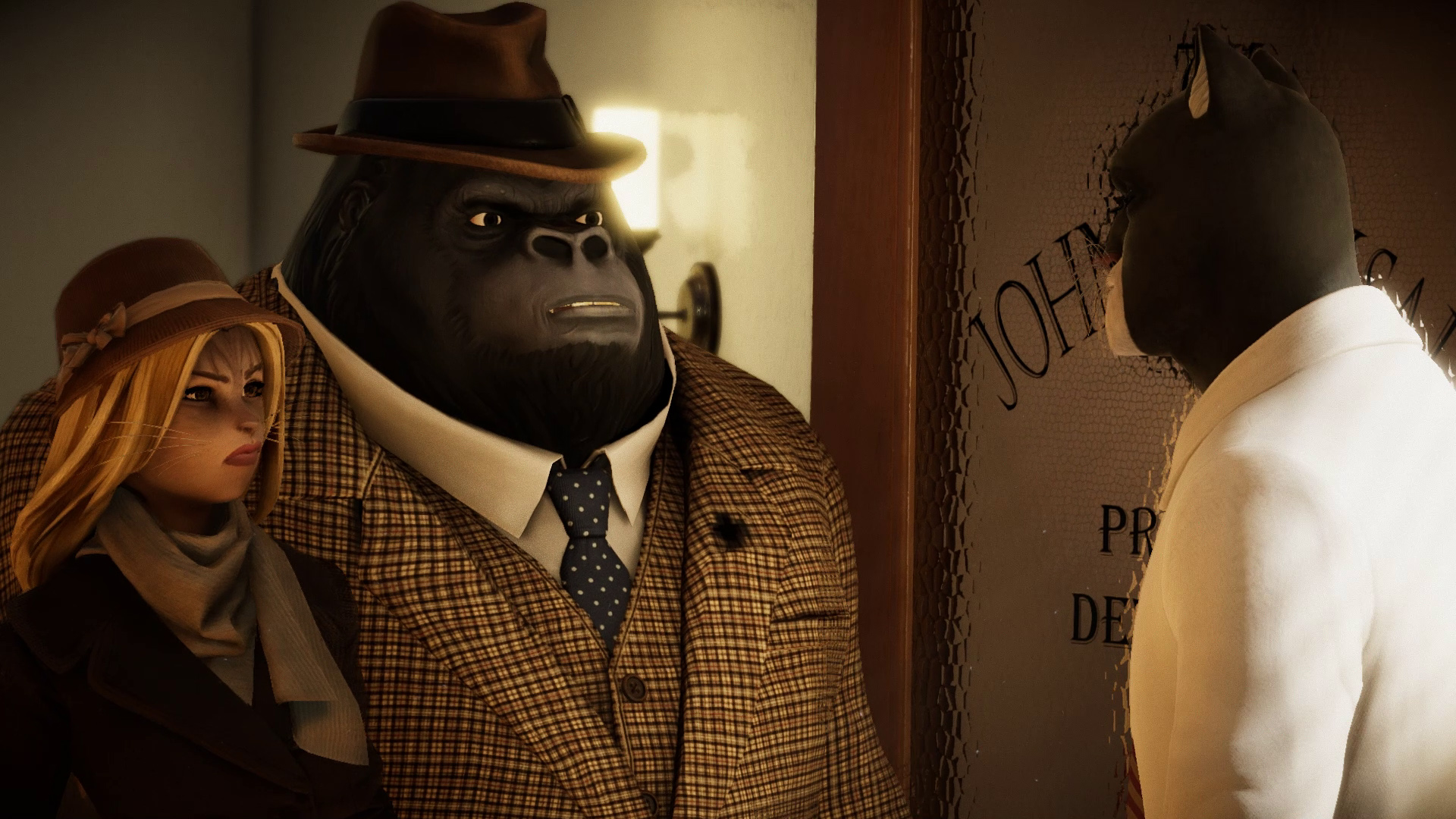 Almost everything you do in Under The Skin has a moral impact on your character. In the menu is a section called “Your Blacksad,” which shows your character traits in real-time. There are fourteen traits tracked, displayed in seven charts. It’s a lot to take in. Are you hard-boiled, or sensitive? Resolute or cautious? Upright or pragmatic? Pendulo says there are six potential endings to the game, and how you play will decide which you see. It’s not yet clear how much your decisions will impact the individual story beats, but there are at least some consequences you’ll experience. In my brief playthrough, I made an unambiguously virtuous decision that messed up someone’s marriage. A few scenes later, that person was merrily beating me with a baseball bat.

There are quite a few issues for the developers to solve before the game’s November 5th multi-platform release. There’s some janky camera work, especially on what should be slow-and-smooth pans, but more worrisome were some infuriating investigation prompts. In one case I walked my character back and forth for over a minute, trying to get the correct button prompt to light up on a desk. Stuff like this is forgivable in a gameshow demo, but it would ruin your experience if not fixed before the game is out. 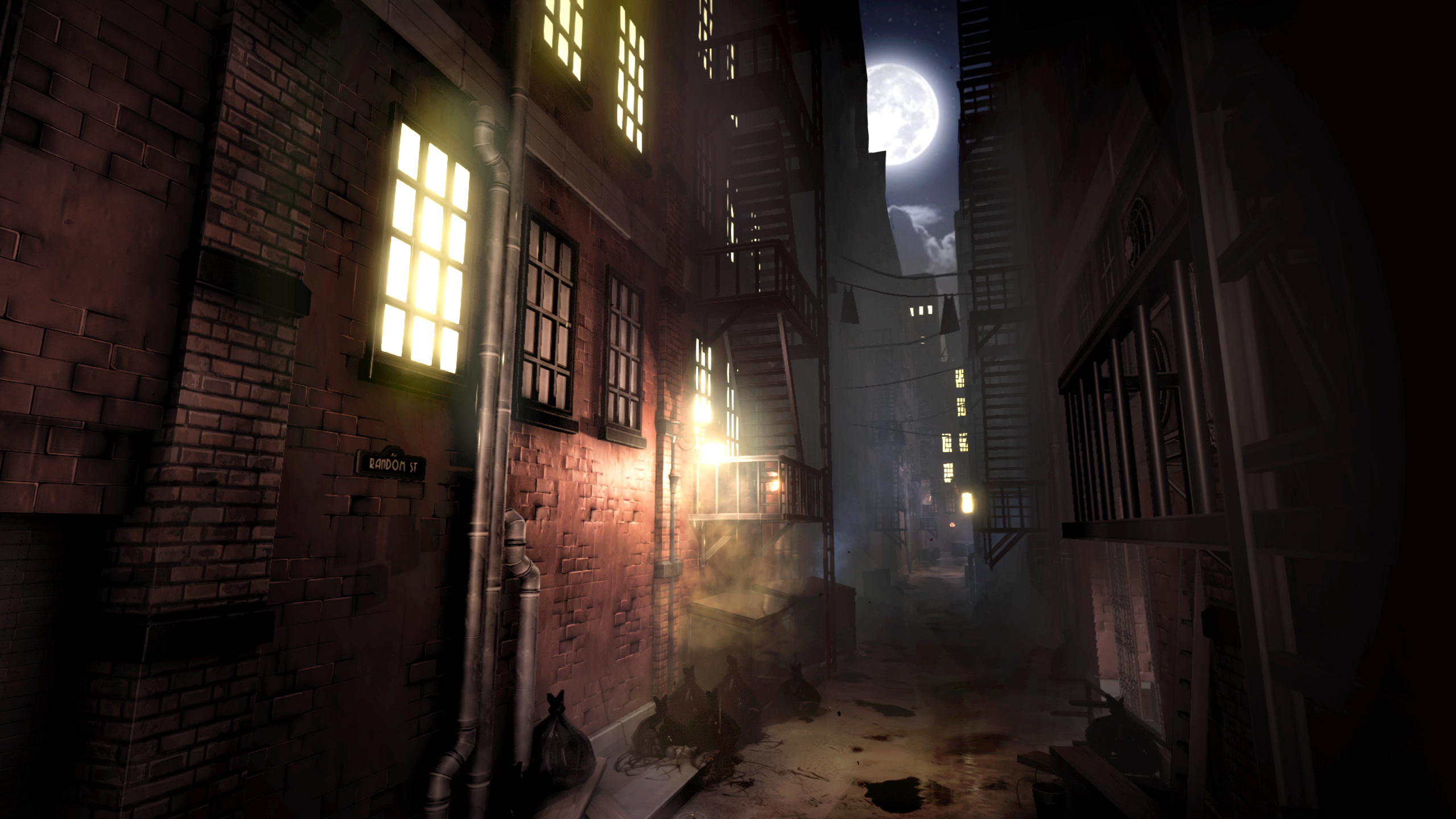 It’s very hard to make a great detective game. It’s even harder to nail noir without it feeling like a hammy pastiche. I have high hopes the developers of Blacksad: Under The Skin can do both of those things. And if they do, maybe it’ll persuade more people to read the novels, and the authors to produce them faster. Because I really don’t want to wait five years for the next one.