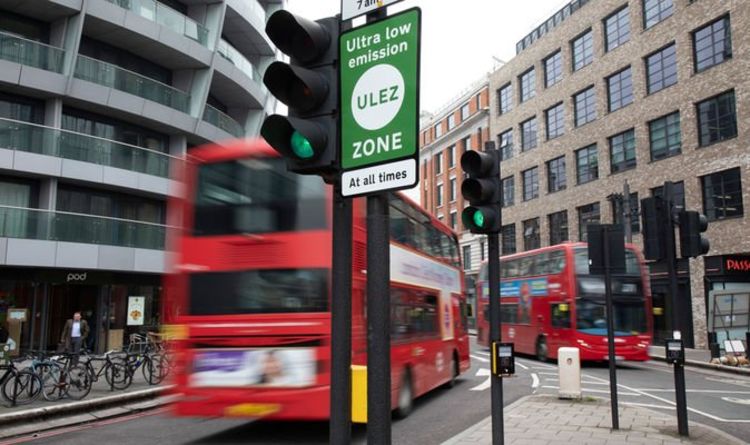 According to LeaseCar.uk, drivers in London, who’s cars do not meet the emissions standards set out by Transport for London, could be paying hundreds of pounds a week, just to drive their car. From October 25, the ULEZ zone is expanding in Central London to create a single, larger zone which is set to affect many more motorists.

They have introduced the guidelines to encourage the owners of older, more polluting cars, motorcycles and lighter vans and minibuses to act.

A spokesperson for LeaseCar.uk warned: “Many people may not realise the ULEZ zone in London is to be expanded in the autumn, or know if their vehicle will be affected.

“The costs can really mount up, depending on how many days they need to use their vehicle in these designated areas, so it’s useful to highlight what is happening.”

Road signs and advanced information signals will be utilised to inform motorists if they are entering the ULEZ.

Cameras will read number plates of vehicles driving in the zone to determine if they comply with ULEZ standards.

Other cities across the UK will be observing how the new charges are implemented as they consider their own measures, such as Clean Air Zones, to drive down air pollution.

TfL has recently launched a consultation around the Congestion Charge, running until October 6, with various discounts and reimbursements being put forward.

It proposes keeping the daily charge at £15, but changing the charging period from Monday to Friday, 7am to 6pm, and weekends and Bank Holidays from midday to 6pm.

There would be no proposed charge between Christmas Day and New Year’s Day.

If approved, changes would come into force on February 28 next year.

All the money raised from ULEZ will be invested back into the transport network around London, including the Underground and other low-carbon initiatives.