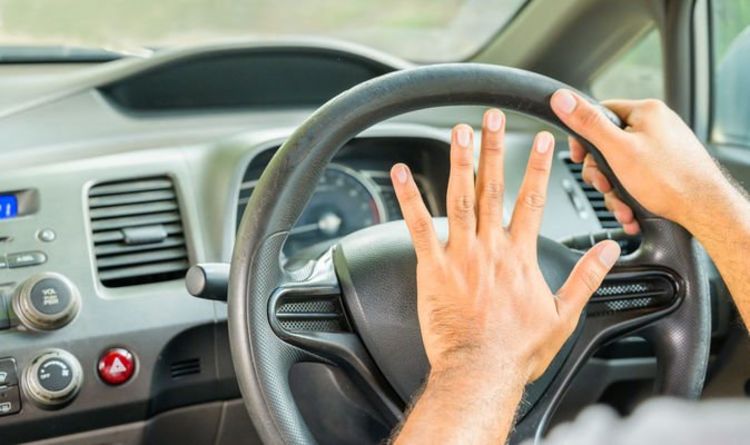 Keith Hawes, Director at Nationwide Vehicle Contracts has warned frustrations may boil over this winter as lockdown ends and roads begin to fill up.

He suggested that bad weather conditions and Christmas shopping delays could leave drivers struggling to contain their anger.

Mr Hawes said: “Lockdown is, hopefully, nearing an end, and with it, the roads will start to fill up again- particularly with those last-minute Christmas shoppers.

“This, along with the increasingly worse weather conditions, may play a part in causing motorists to lose their temper behind the wheel.

READ MORE: Motorists can reduce stress with this one tip

Mr Hawes says cheaper fixed penalties of just £30 could be issued in some smaller cases.

However, motorists who may have put themselves or other road users at risk should be expected to face the full force of the law.

He said: “Road rage in this form is a punishable offence under the Crime and Disorder Act 1998, those that are found guilty of such can be handed a £1,000 fine or three points on their licence.

“Similarly, aggressively honking your horn without due cause comes with fixed penalty notice of £30, but failure to pay this could result in the fine being increased to £1,000.”

This means that small-scale issues like this could see thousands of youngsters lose their freedoms immediately after lockdown ends.

Jack Cousens, Head of Roads Policy for the AA, said: “A small minority of drivers think that being sat in their car exempts them from an offence like this.

“However, this kind of anti-social behaviour can land you in hot water and take you on an expensive trip to the courts.

“Road users have a duty of care to each other, so keeping your cool and remaining focused is important.

“Your hands should remain on the wheel and your eyes on the road.

“Rather than let the tailgater get under your skin, where safe to do so, it is better to let them pass so you can carry on your journey in a calm manner.”