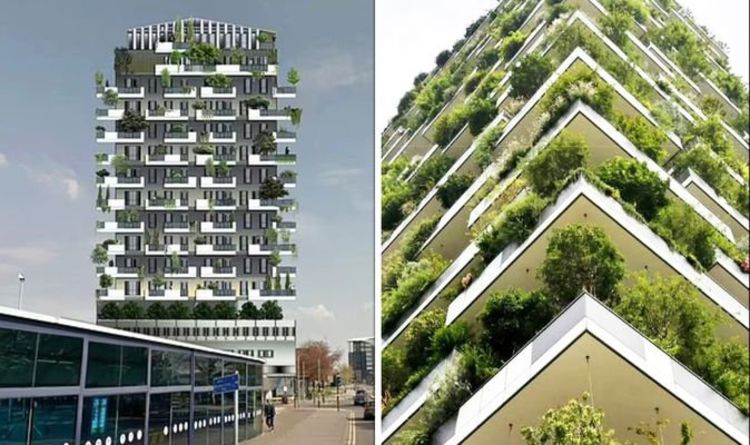 Residents of industrial West Bromwich have expressed their anger at a new 15-storey eco-friendly building dubbed the “vertical forest”. The property plan is currently waiting for approval.

However, residents have said the massive building, which will be covered with trees and hundreds of bushes, will “stick out like a sore thumb” in an area “clad with grey concrete”.

These kind of buildings are very popular in cosmopolitan cities and countries like Holland, Italy and China already have similar designs.

However, locals in West Bromwich are not happy with the idea.

Locals have compared it to ‘The Public’, another controversial building in the West Midlands.

The £72million arts centre was dubbed a ‘pink elephant’ when it was built in 2008.

Locals believe the massive ‘Wellbeing Tower’ is not a good idea as there is “not much to enjoy views of in West Bromwich”.

One resident explained: “I think this would stick out like a sore thumb in West Bromwich. It looks an eyesore to be honest.

“It would be great for other cities like London, Birmingham and Manchester but it will just look silly here.

He continued: “Residents living there will just get a view of the top of the bus station, Sandwell College and rows and rows of empty shops.

“The council should just focus on sorting the issue of attracting businesses to the area first because this is bewildering.”

“If Sandwell Council approve this then that proves how much they waste money on stupid projects,” said one user on social media.

Another one commented: “What an absolute eyesore, is this some sort of joke,” with another asking: “Is it April 1 already?”

Councillor Bawa Singh Dhallu, explained: “I am not sure myself of the planning into this redevelopment, but I am definitely in favour of regeneration.

“We had a meeting to discuss the redevelopment. No one has put concerns to me yet, but I would be happy to speak on their behalf if they so wished to.”