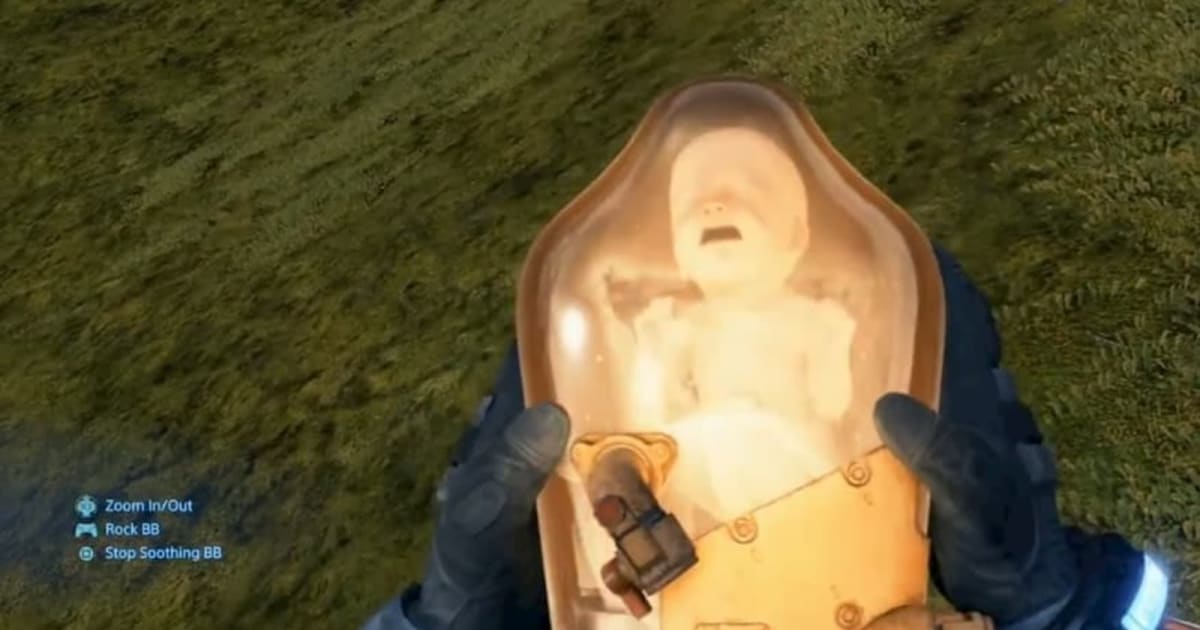 It opens with Norman Reedus’ character Sam Porter Bridges dozing in a rocky outdoor area, cradling his bridge baby — an infant in a bottle that helps him detect monsters (or BTs). Once he wakes up, he relieves himself via a urination option, causing a huge mushroom to sprout. Seriously.

Sam then traverses the landscape with the aid of his giant, extending ladder, making his way to a cliffside station where a hologram provides him with a task. However, once he leaves, Sam falls down the cliff, upsetting his bridge baby. He then rocks the child to calm it. We’ve come a long way from Pong.

The urination mechanic might actually have some bearing on gameplay. Kojima noted that if a bunch of players pee in the same place, the mushroom might be useful, and it could even be used as a weapon. Oh, and if you were wondering, if you try to move the camera while Sam is relieving himself, he’ll turn to protect his modesty.

While Kojima was still fairly reluctant to spell out many more plot details, he affirmed that Sam’s aim is to help reconnect isolated cities in the midst of a fractured society. He hinted that there are several cameos from well-known faces — the hologram is played by Gamescom opening night host Geoff Keighley (of The Game Awards fame). They’ll add to a cast that includes Mads Mikkelsen, Guillermo Del Toro, Troy Baker, Léa Seydoux, Tommie Earl Jenkins, Nicholas Winding Refn.

At Gamescom, Kojima also presented character videos for Mama and Bridge Baby. You’ll get to spend more time with them, Sam and the rest of what the producer has conjured up with his patented brand of weirdness when Death Stranding is released for PS4 November 8th.