If you’re a fan of Waterloo Road you would possibly properly have been struggling withdrawal signs since the series ended for good in 2015.

However we’ve received some excellent news for you – as the BBC has solely gone and released all 10 series of the present on your binge-watching pleasure.

But the place is it, and when are you able to watch?

Here’s what you want to know…

How are you able to watch all 10 series of Waterloo Road?

If you need to relive Waterloo Road once more, now you can as all 10 series of the present have been released on BBC iPlayer.

You can discover all of them proper right here.

News of their arrival on Twitter has brought about excessive pleasure amongst followers, who took to social media to have a good time the excellent news.

All 10 seasons of Waterloo Road at the moment are on BBC iPlayer. Cancel all your plans now and let's binge! pic.twitter.com/SjTdK233qP

Uni begins in per week they usually’ve simply put all 10 series of Waterloo street on iplayer… pic.twitter.com/5N5k1SA5z7 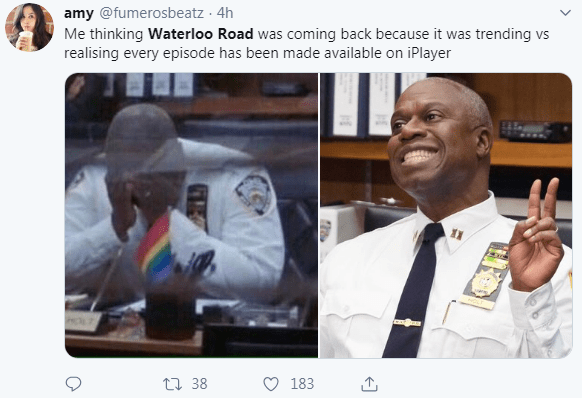 All 10 seasons of Waterloo Road at the moment are on iplayer and I’m so glad about it #WaterlooRoad pic.twitter.com/ok27PawK1Il

Every episode of Waterloo Road is on BBC iPlayer, what a blessed day pic.twitter.com/PDkAB5LMBV

To date there’s been no suggestion that the secondary college drama might make a comeback – however that’s not to say its former forged members haven’t thought of it.

Adam Thomas, who performed Donte Charles in the present, informed metro.co.uk final 12 months he could be completely up for one more series.

‘I might love nothing greater than that [a Waterloo Road revival],’ he enthused.

‘That present has such a particular place in my coronary heart, as it was my first common character position.

‘I’ve received numerous time for everybody who was in that series, so I’d love to, however I doubt they’re going to convey that again.’

Got a showbiz story?

If you’ve got received a narrative, video or footage get in contact with the Metro.co.uk Entertainment workforce by emailing us [email protected], calling 020 3615 2145 or by visiting our Submit Stuff web page – we would love to hear from you.