Every year the United States marks Independence Day on July 4. The landmark date in American history is often celebrated with parades, carnivals and concerts, but Independence Day celebrations may look slightly different this year due to the pandemic.

What is Independence Day?

Every year on July 4 the USA marks Independence Day as a federal holiday.

On July 4, 1776, the Continental Congress declared the 13 colonies of America were no longer under the control of Great Britain and its monarch, King George III.

In actuality, the legal separation of the colonies of America from Great Britain occurred on July 2, when the Continental Congress voted on and approved a resolution of independence. 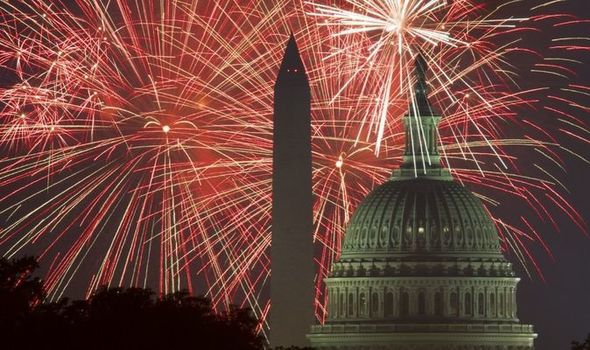 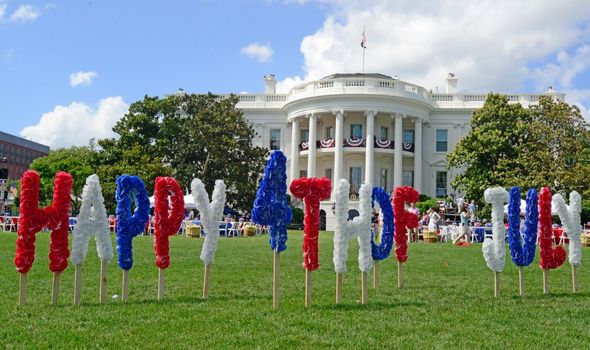 But July 4 is celebrated as Independence Day, as the date marked the acceptance of the Declaration of Independence after Congress debated the terms and wording of it.

The date marked a landmark moment in the history of the American Revolution.

Seeking independence, the American colonies famously proclaimed “no taxation without representation” in anger that they had no representatives in the British Parliament but were still subjected to tax and British rules.

The American Revolutionary War took place between 1775 and 1783, culminating in British defeat and recognition of the sovereignty of the United States. 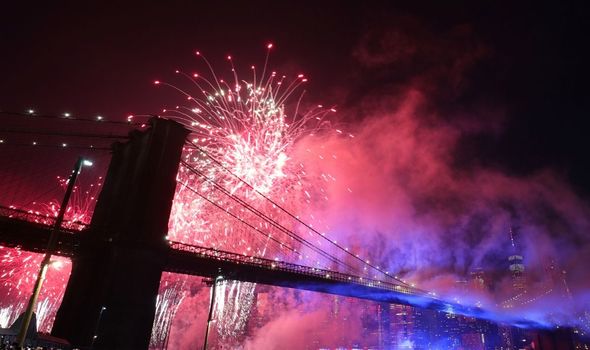 How is Independence Day celebrated?

Many people will usually celebrate Independence Day by attending a patriotic display or a parade in their hometowns or cities.

Special TV programming is usually aired in the USA, and celebrities may perform special concerts for the event.

Famously every July 4, Nathan’s Hot Dog Eating Contest takes place in Coney Island, and this year it will be going ahead but unfortunately, fans will not be able to watch in person.

In the evening, cities across the country usually put on extravagant fireworks displays to celebrate.

However, for 2020 a number of cities have had to cancel their fireworks displays this year.

The USA is still working to get through the coronavirus pandemic, which could mean a number of the usual celebrations are cancelled this weekend.

But instead of celebrating in public this year, many people will be marking Independence Day in their homes. 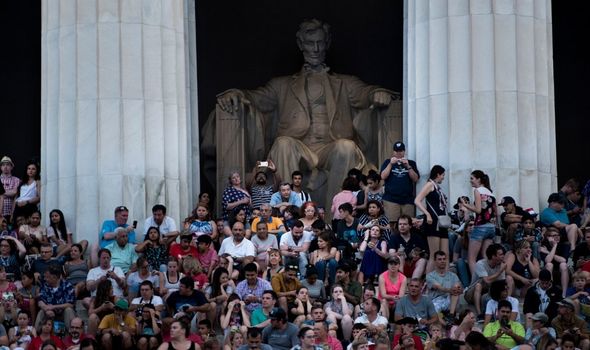 Independence Day: Many people will usually celebrate Independence Day by attending a patriotic display or a parade in their hometowns or cities (Image: GETTY)

July 4 is often a date families get together for garden parties or barbecues, and this year Independence Day celebrations of this kind are likely to be much more common.

To mark Independence Day, people will put up USA flags and bunting in and around their homes.

There are also many virtual ways to take part in Independence Day this year, including a virtual ‘visit’ to a number of museums which are offering online tours of their galleries.

Many people in the States will also be taking part in a virtual race, as many of the popular races planned to go ahead this weekend have also been cancelled.