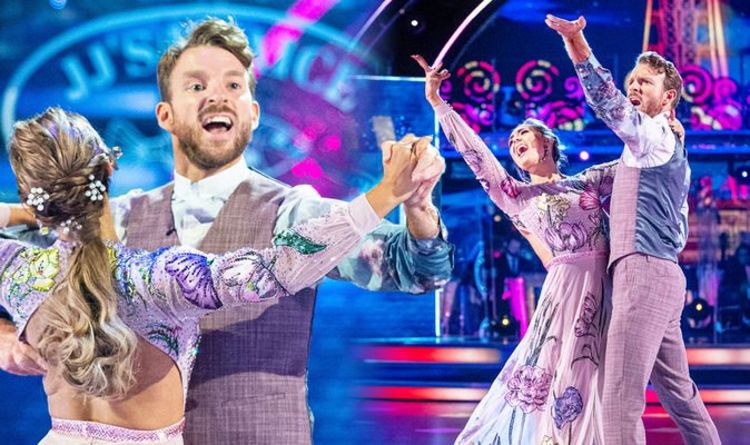 She told Express.co.uk: “At this stage in the contest the chemistry should have been established between the couples and we should see synchronicity on and off the dancefloor.

“Apart from Bill and Oti who are still oddly detached (It works for them though), the couples still not producing any visible signs of chemistry and synchronicity include JJ and Amy and Caroline and Johannes.”

The expert suggested JJ has had a visible knock to his confidence which may have impacted his performance.

“JJ appears to be suffering in terms of his confidence and this could also sadly leave him staring into the jaws of the dance-off,” she added.

“If viewers are going for popularity voting he’ll be fine but his eye-rolling and his dipped head suggest he is losing himself in a world of self-criticism.”

While his confidence seems to be struggling, the Edinburgh-born contestant seemed apologetic to his dance partner.

Judi explained: “His facial expression after his routine made him look utterly heartbroken and apologetic to the bravely-smiling Amy.

“His dashing, heroic, romantic-lead stance is diminishing each week and he only stopped wilting physically this week when he got a reasonable score from the judges.”

The expert explained the couple may have taken a risk with last night’s performance.

Doing this could have put them in the bottom spot in the competition, Judi added.

She said: “Caroline’s more controlling-looking tendency meant the couple took a risk with their routine this week that might just have cost them their place in the show.

“Putting Johannes into the role of fireman looked a bit of a cliché and when Caroline actually started licking him many viewers might have turned away from their TV sets in embarrassment.”