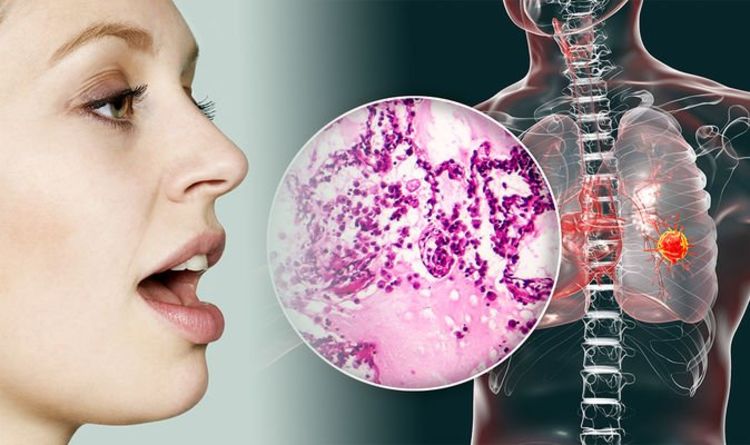 Spotting early signs of lung cancer can be tricky as, unlike other cancers, lung cancer usually has no noticeable symptoms until it is in an advanced stage. When the tumour grows large enough to press against other organs it causes pain and discomfort. Sometimes, however, there are earlier warning signs that we should be looking out for.

Often, when patients receive a lung cancer diagnosis, they have been experiencing symptoms such as persistent breathing difficulty, recurring respiratory infections or chest pain for a while.

But one is not likely to recognise these as symptoms of lung cancer before it is too late.

“While every cough or case of bronchitis isn’t a reason to believe you have lung cancer, if you are at high risk of developing lung cancer, paying attention to the early warning signs is critical,” said Russell Hales, M.D., radiation oncologist and director of the multidisciplinary clinic at The Lung Cancer Program.

The Sidney Kimmel Comprehensive Centre based clinician also outlined common lung cancer symptoms to look out for in order to catch the disease as early as possible – one of which could be apparent in your voice.

READ MORE: The 5 signs in your nails you have a vitamin deficiency

Hoarseness: Chronic coughing or a tumour that interferes with the vocal cords can cause people with lung cancer to have a raspy voice.

Chronic cough: People with lung cancer often complain of a cough that won’t go away; a chronic cough lasts for at least eight weeks.

Shortness of breath: Lung cancer can cause the airway passage to narrow, which leads to difficulty breathing.

Chest pain: When a lung tumour causes tightness in the chest or presses on nerves, you may feel pain in your chest, especially when breathing deeply, coughing or laughing.

Catching lung cancer early in order to begin treatment as soon as possible provides the best hope of combatting the disease.

However, according to John Hopkins Medicine, lung cancer waits to show signs and symptoms until the cancer is in advanced stages, when it is harder to treat. Lung cancer screening – a test that looks for cancer before you have symptoms – offers hope for early detection, when surgery is a potential cure. Beyond this, there is little hope for a cure to the disease.

“If someone is experiencing symptoms and at an increased risk of developing lung cancer, you should talk to your doctor about having a routine screening”, Dr Hales said.

The following people are considered at high risk for developing lung cancer and will potentially have hoarseness as a symptom:

If you suspect symptoms of lung cancer, see your GP.