The upgraded powerplant won’t make either vehicle a fearsome beast with 218HP of combined horsepower and a 0-62MPH time of 6.6 seconds for the A-Class (6.8 for the B-Class), but you shouldn’t have any trouble overtaking slowpokes on the highway. You’ll also be happy to hear that the PHEV component has “hardly any” effect on cargo space, although Mercedes hasn’t provided numbers to quantify that tiny difference.

The interior will be familiar, although that’s not necessarily a bad thing. The new A- and B-Class models use Mercedes’ MBUX interface, complete with “hey Mercedes” voice commands when enabled.

More importantly, the prices aren’t outlandish. The A250e is available in Europe now at just under €36,944 tax included for a hatchback version and €37,301 for the sedan, or about $40,980 and $41,376 respectively. The B250e arrives a “few weeks later” with as yet unspecified pricing. We wouldn’t expect the A-Class hatch or the B-Class to cross over to the US as their regular versions aren’t available in the country. The A-Class sedan, however, is another story. While nothing has been announced, it’s hard to imagine Mercedes turning down the opportunity to bring a more affordable PHEV to the US and boost its credibility among the eco-conscious. 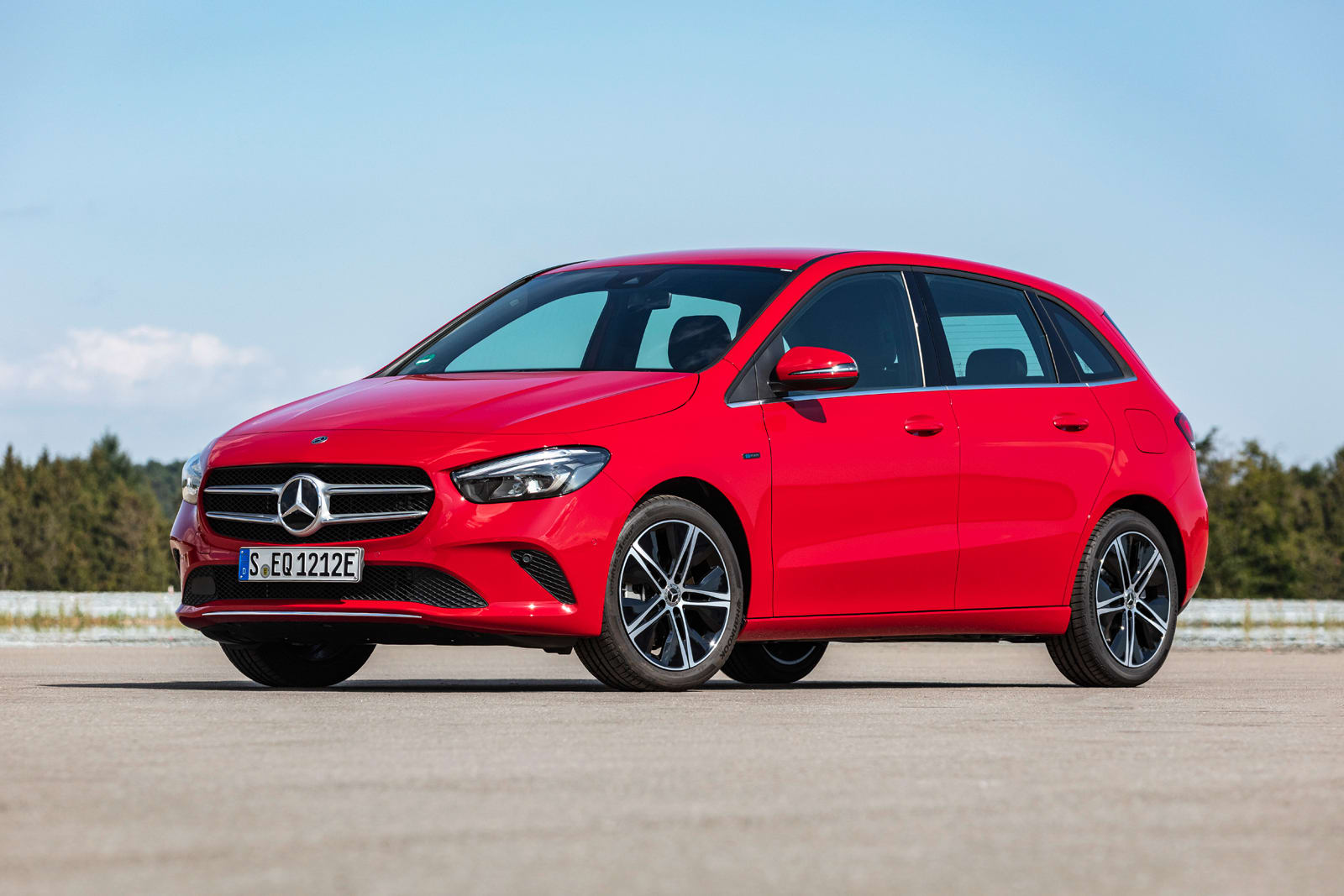