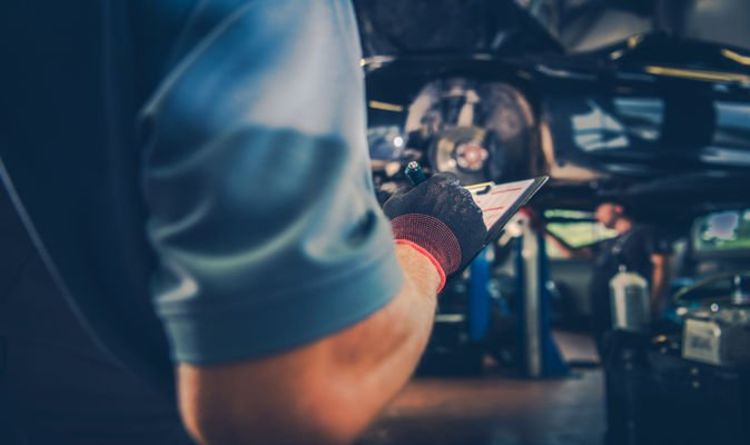 Roads Minister, Baroness Vere said: “As people return to our roads, it is vital that motorists are able to keep their vehicles safe.

“That’s why as restrictions are eased, from 1 August MOT testing will again become mandatory.

“Garages across the country are open and I urge drivers who are due for their MOT to book a test as soon they can.”

The Department for Transport (DfT) has confirmed drivers who are due their MOT tests before 1 August will still receive a six month exemption.

Affected motorists should contact their local garage as many are offering pick-up and drop-off services to customers.

This new system ensures motorists are able to get their car checked for safety issues without needing to visit a garage.

“It makes sense to reintroduce MOT testing from 1 August 2020 now that COVID-19 restrictions are being lifted and all garages and dealerships are open.

“Car traffic is on the increase already and will grow as more drivers return to the road with the re-opening of hospitality and travel with their families for ‘staycation’ holidays.

“The extension was a pragmatic move to help drivers in self isolation but as services resume we agree that reintroducing the MOT with good advance notice will help drivers and make our roads safer.”

Over the weekend, Mr King told The Telegraph he wanted the scheme to end within two months.

The AA President warned an exemption “could lead to many more unsafe cars on the road” as vehicles were not being checked for failures.

The DfT warns cars which have been offered an extension must be kept in a road legal condition at all times or owners risk being fined.

They have warned motorists should still take their vehicle to be checked if they notice something is wrong even if their car is exempt from formal testing.

The Independent Garage Association has previously claimed that over 1.5million unroadworthy cars were in use across the UK due to testing extensions.

The DVSA has already confirmed MOT testing will resume for heavy vehicles from 4 July as business fleets return to the road.

A similar system has been put into place which will see tests staggered to help “manage demand”.

A three month exemption has been granted for HGVs due to be tested in June with further exemptions set to be announced for those due a test in July.