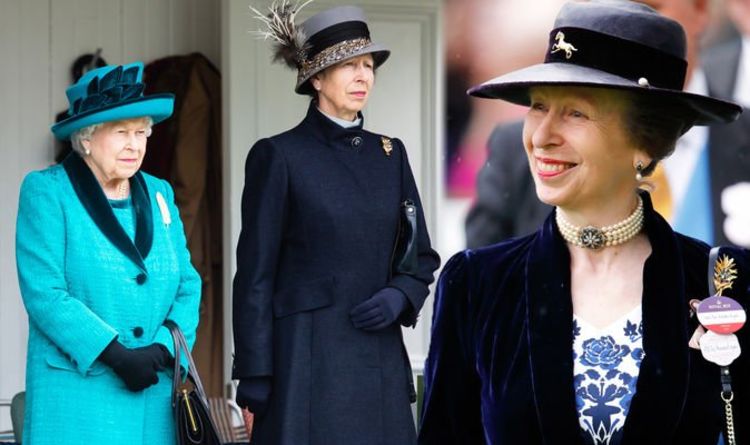 Princess Anne is the second youngster of Queen Elizabeth II and was third in line to the British throne when she was born. She was quickly moved down the road of succession when her brothers, Prince Andrew, 59, and Prince Edward, 55, have been born. Does a change in royal regulation mean she has been moved again up the road?

When Princess Anne was born, she was third in line to the throne behind her mom, then Princess Elizabeth, and older brother Prince Charles.

She was given the title of Princess Royal in 1987, the title often held by the eldest daughter of the monarch.

For a few years, the lads of the Royal Family had precedence when it got here to the order of succession.

That meant, though Anne was born first, she was moved down the road when Prince Andrew was born and once more by Prince Edward.

READ MORE: Zara Tindall: Why she could break big Royal Family custom with her kids

Under that royal rule, it was unlikely {that a} girl would ever take to the throne if she had a brother.

However, this was modified when Kate Middleton and Prince William have been anticipating their first youngster.

The Succession to the Crown Act 2013 changed the rule that males within the Royal Family would skip their feminine siblings within the line of succession.

Instead, the eldest youngster would precede their youthful siblings regardless of their gender.

Could Princess Anne develop into Queen?

The change in regulation could have meant Princess Anne would stayed second in line and presumably taken the function of Queen.

However, the rule solely utilized to those that have been born after 28 October 2011, that means Princess Anne missed out on the advantages.

Her kids, Peter Phillips, 42, and Zara Tindall, 38, have been additionally unaffected by the change.

In addition, by the point it was handed Prince Charles was already father to Prince William and Prince Harry who had taken precedent within the line of succession.

The new regulation precipitated a notable change to the succession when Princess Charlotte was born on 2 May 2015.

She grew to become fourth in line to the British throne and this didn’t change when Prince Louis, one, was born in 2018.

Had the act not been handed, she would have misplaced her place by her youthful brother.