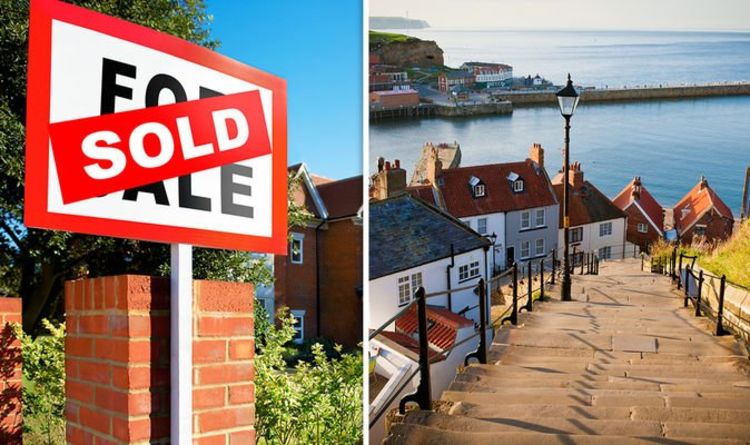 Three towns in Cornwall made the top ten – Padstow, Newquay and Bude – and they’ve also seen some of the biggest price rises in the past twelve months.

However, the Cornish towns’ average paled in comparison to Devon, where a seaside home in Salcombe will set you back £730,213 on average.

Devon house hunters are also opting for Ilfracombe, which made the top ten at a much more affordable £203,620.

The property experts revealed the most expensive coastal town in the UK is Sandbanks in Poole, with average asking prices of over £1.2million – though it has dropped by one percent in the last year.

Estate agents have revealed why they think Whitby has topped the charts for the most in-demand seaside homes.

Nick Henderson, Director of Hendersons estate agents in Whitby said: “One of the great things about Whitby is that there’s usually something going on all year round, it’s not just when the sun is shining.

“Since we reopened a few weeks ago we’ve been selling bigger homes a lot more quickly than before, as families are changing the way they live and are swapping a ten minute commute into the office for a ten minute walk to the beach instead.

“Holiday homes have always been popular, often apartments or cottages that have been refurbished to an incredibly high spec, but again there’s been a surge in recent weeks for these as people choose to make an investment now, so they have somewhere for a staycation over the next few years instead of going abroad.”

According to Right Move, these are the UK’s most in-demand seaside towns and their average house prices in May 2020: