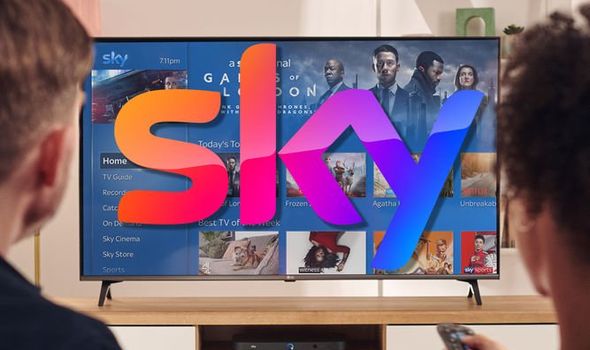 Sky Arts is now available for everyone to watch for free (Image: SKY)

Sky has today made its Sky Arts channel – the only broadcast channel in the UK dedicated to arts and culture – free for everyone to watch. Previously exclusive to those who pay for Sky TV bundles, which start from £25 a month for a bundle with dozens of exclusive channels on Sky Q and a Netflix subscription, the channel will now be accessible via Freeview.

That means you’ll be able to tune-in via a Smart TV with a built-in tuner or a standalone Freeview set-top box this morning. For those who don’t know, Freeview is currently available in some 17 million homes across the UK, Freeview is the UK’s biggest TV platform. It also has a connected component, known as Freeview Play, which brings together live and on-demand content from over 85 TV channels and eight catch up players.

Unfortunately, only paying Sky TV customers will be able to access on-demand content from Sky TV. Everyone else will have to set a reminder on their phone to make sure they catch the show at its broadcast time.

Access to the complete back catalogue of shows and movies which have previously aired on Sky Arts will only be available to those a NOW TV Entertainment Pass as well as Sky TV subscribers.

Sky says there’s currently 2,000 hours of television in the on-demand library with more arriving all the time. So, if you’re watching a show on Sky Arts on Freeview but miss a particular episode – you won’t be able to catch-up on the show another time …without paying £25 a month for Sky TV or buying a contract-free NOW TV Entertainment Pass for £8.99, that is.

READ MORE: Your Sky Q box has another brand-new feature and it’s free …for now

As part of the original announcement about its move to Freeview, Sky revealed a slate of new shows coming to Sky Arts. These original shows are part of the UK broadcaster’s “mission to increase access to and drive participation in the arts”. Not only that, but Sky Arts will also offer a series of bursaries worth £30,000 each to enable arts leaders to support and mentor emerging new artists.

As part of the new slate of original programming coming soon to Sky Arts, Sky has already announced:

Landmark: Sky calls this “a bold and ambitious series for 2021 where artists and local communities across the UK will join forces in a quest to create the next great British landmark, in response to the current debate about the meaning of public monuments, and who or what is commemorated.” 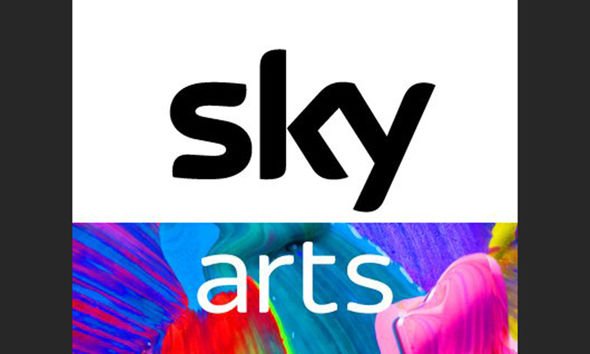 You can get Sky Arts on Freeview from today (Image: SKY)

Portrait Artist of the Week: This is a live-streamed paint-along twist on Sky Arts’ flagship series ‘Portrait Artist of the Year’. The event-television has been confirmed to return this autumn both on @SkyTV Facebook and free-to-air Sky Arts, following its huge success during lockdown. Complementing this, the fully-fledged Portrait Artist of the Year show will return at the same time, with new celebrity guests including Normal People’s Paul Mescal, First Dates front-of-house Fred Sirieux, singer Ray BLK and Sir Trevor McDonald.

Goldie: The Art That Made Me: Visual artist and musician Goldie goes on a personal and passionate journey into the world of graffiti and street art.

Danny Dyer on Pinter: A new original show that sees Dyer (not the Love Island one) explore the life and works of Harold Pinter and tell the story of their unlikely friendship.

No Masks: Sky Arts will exclusively air a brand-new drama from Theatre Royal Stratford East based on the real-life testimonies of key workers in East London during the pandemic.

Life & Rhymes: Hosted by Benjamin Zephaniah, this show is described as a “celebration of spoken word”. It will feature some of the country’s leading spoken word performers.

Brian Johnson meets Dave Grohl: The AC/DC frontman hangs out and chats at the Foo Fighters’ studio in Los Angeles.

As well as new original shows, Sky Arts will also broadcast a number of its bigger hits. And since the channel is now free for anyone to watch, it should bring a new audience to these hits, such as Portrait Artist of The Year, Landscape Artist of The Year, Tate Britain’s Great Art Walks, Treasures of the British Library, The South Bank Show, Urban Myths and countless documentaries and performances, from Kylie, Ed Sheeran and U2, to Matthew Bourne’s Swan Lake, Wagner’s Ring Cycle and Cats.

Director of Sky Arts Philip Edgar-Jones said: “There’s never been a stronger need or demand for the arts, nor a more important time to champion and celebrate creativity. That’s why we’re throwing open the doors to make Sky Arts a free channel. During lockdown we’ve seen audiences to the channel increase by 50 per cent and our weekly live paint-along show, Portrait Artist of The Week, reached 4.6million people with over 20,000 portraits painted.

“As a free to air channel I hope that Sky Arts can help arts organisations and cultural institutions of all shapes and sizes across the UK, providing them with a platform to create and showcase their work to a broad audience.

“With our renewed focus and mission to increase accessibility and participation across the arts, we want to hear from everyone with ideas for how we might be able to work together – we can only succeed with artists and creatives at the heart of what we do.”