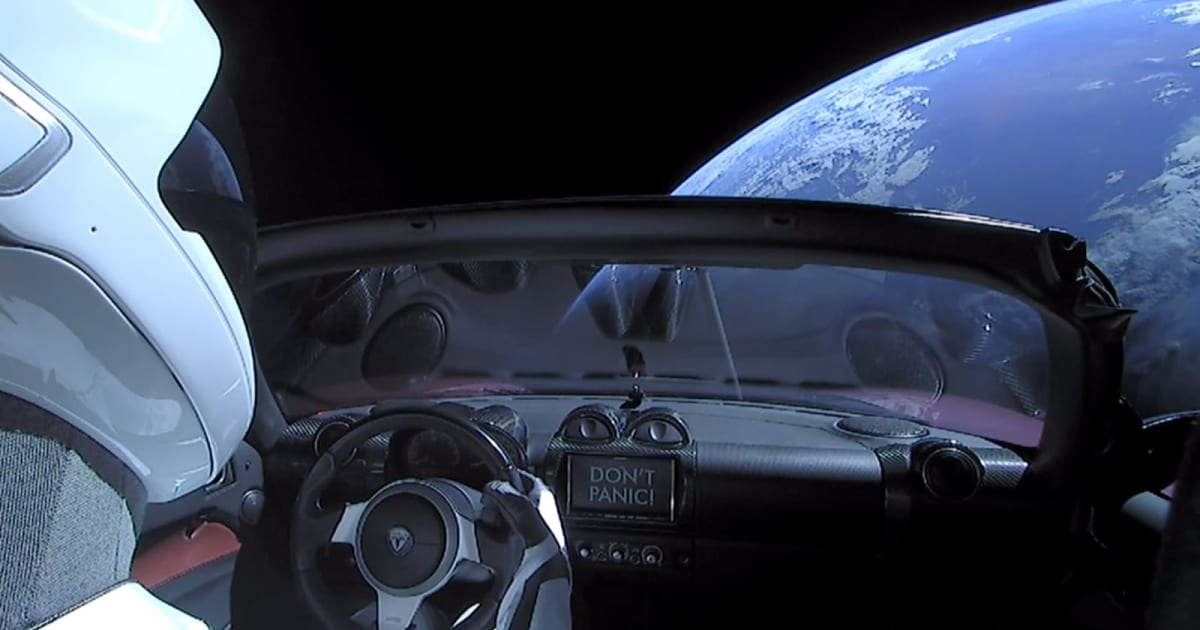 You aren’t about to see Starman drifting through the night sky, unfortunately. Earth is currently on the opposite side of the Sun, and the EV won’t get vaguely close to Earth again until November 5th, 2020, when it’ll be about 0.346AU (just under 32.2 million miles) away. It’ll get much closer to Mars before then at ‘just’ 0.05AU (about 4.6 million miles) on October 7th of that year. After that, it could get quite lonely for Starman — estimates suggest he might not get particularly close to home until 2047.

Of course, that’s also assuming humanity doesn’t come out to meet him sooner. SpaceX itself is edging closer to deep space flight, and the US hopes to send people to Mars in 2030 or later. There’s a possibility that deep space travel will have become relatively routine by the time Starman pays a visit to his home planet.