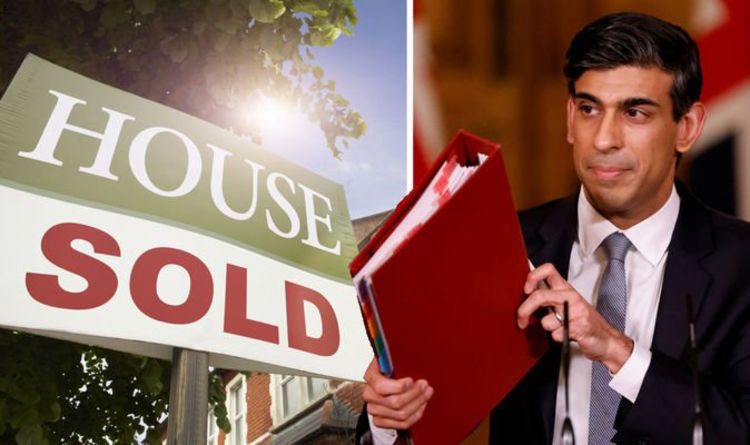 Every property buyer in the UK must pay a tax known as Stamp Duty in England and Northern Ireland, or ‘land and buildings transaction tax’ in Scotland and Wales. In a bid to get the market moving as the UK recovers from the coronavirus pandemic, the threshold at which buyers must pay this tax was increased. However, this was only a temporary measure.

There have been calls for Chancellor Rishi Sunak to scrap Stamp Duty altogether, however soon the holiday will end.

While the holiday has been extended once, it is not due to be extended again, and so buyers have a finite time to save money on their house move.

So when does free Stamp Duty end? Read on for key dates.

Read More: Renting a home now cheaper than buying for first time since 2014

With an original end date of March 2021, buyers have enjoyed an extra three months of the Stamp Duty holiday.

In England and Northern Ireland, the scheme will taper off from June 30, before ending completely on September 30.

This means any buyers wanting to take advantage of the Stamp Duty holiday need to have completed their property purchase by September 30.

Unfortunately, if you exchange on or before September 30, but complete after September 30 the deadline will have been missed and a normal rate of Stamp Duty owed.

While there has undoubtedly been a positive surge in the housing market, the Stamp Duty holiday has seen the average mortgage deposit climb by £11,000 in some areas of the UK market.

Keller Williams UK looked at the cost of buying a home based on the average mortgage deposit at 15 percent of property value and what this looks like in the current market when compared to June of last year when the stamp duty holiday first launched.

The South West has seen the largest monetary jump in the average cost of a deposit, up £4,196 since the start of the stamp duty holiday.

However, in terms of percentage, the North East has seen the biggest increase in the cost of a mortgage, climbing 13 percent as a result of the stamp duty holiday.

Yorkshire and the Humber has seen a 12 percent jump, while the North West, South West and Wales have seen an 11 percent increase.

Both regions of the Midlands have also seen a double-digit increase in the cost of a 15 percent mortgage deposit (10 percent).

CEO of Keller Williams UK, Ben Taylor, said: “The stamp duty holiday is now effectively over for all but those in the final stages of a transaction due to the long market delays that have accumulated at the back end of the process.

“Much like a night out when you have work the next day, it certainly seemed like a good idea at the time, but current homebuyers will be wondering if it was really worth it given that they now face a considerably larger financial hurdle to homeownership.

“This reduction in affordability has been felt right across the UK with southern regions seeing the largest monetary jump, while those in the north are facing the highest increase versus what they were paying previously.

“While the end of the stamp duty holiday will no doubt bring a natural correction to an otherwise overheating market, it’s unlikely to cause prices to crash and so the cost of buying looks set to remain a tough ask for those yet to climb the ladder.”