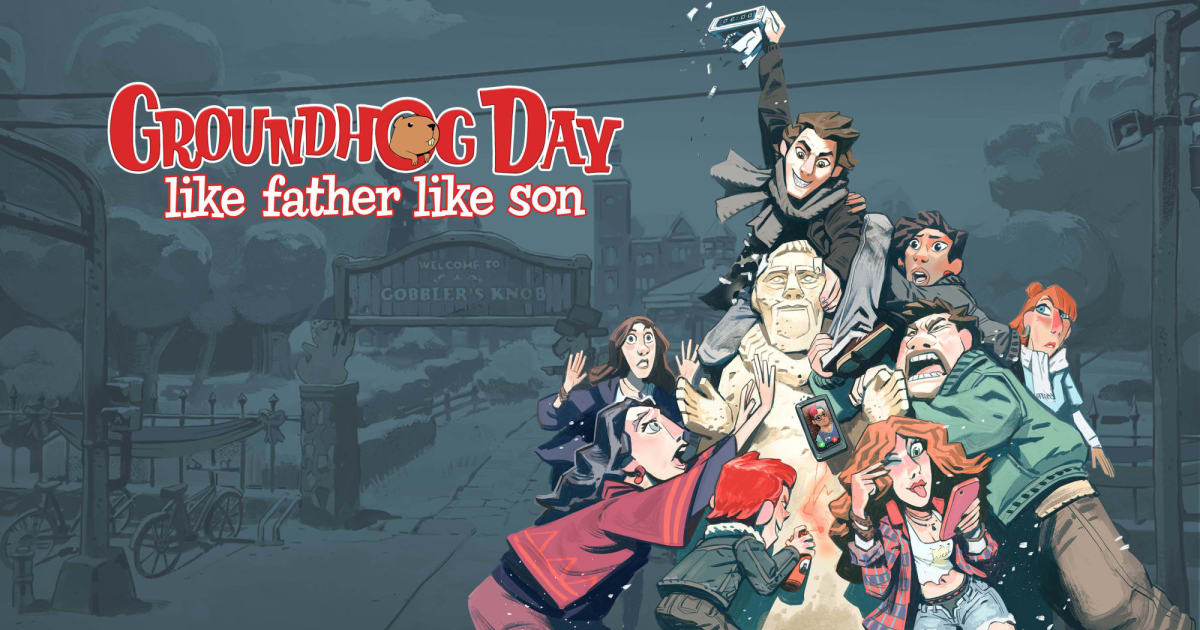 The VR narrative adventure, Groundhog Day: Like Father Like Son, will have you playing Phil Connors’ son, Phil Connors Jr., who returns to the same town of Punxsutawney, Pennsylvania that his father once visited and ends up stuck in a time loop as well. To escape from the loop, the player must solve puzzles and explore the world in VR.

The trailer shows a snarky, exhausted Phil just doing his best to get through the day… again. And it has hints of the kind of puzzles and character interactions you can expect from the gameplay.

The existence of a VR game based on a 26-year-old movie also shows how movie studios are re-forming classic franchises to appeal to a younger generation. “At Sony Pictures Virtual Reality, we are focused on extending beloved IP into new mediums and reaching new audiences,” said Jake Zim, Senior Vice President of Virtual Reality at Sony Pictures Entertainment. “By continuing the world of ‘Groundhog Day’ in a VR game, we can introduce a new generation to the magic of the film and expand upon this universe.​”

The game will be available on PlayStation VR, Oculus Rift and Vive, and it can be pre-ordered on the PlayStation Store​, Oculus Store​, ​Viveport​ and ​Steam​ from August 20th for a discounted price of $26.99. Pre-orders from the US and Canada also include a code to download a digital copy of the original Groundhog Day movie should you want to re-watch it to get yourself in the Bill Murray mood.