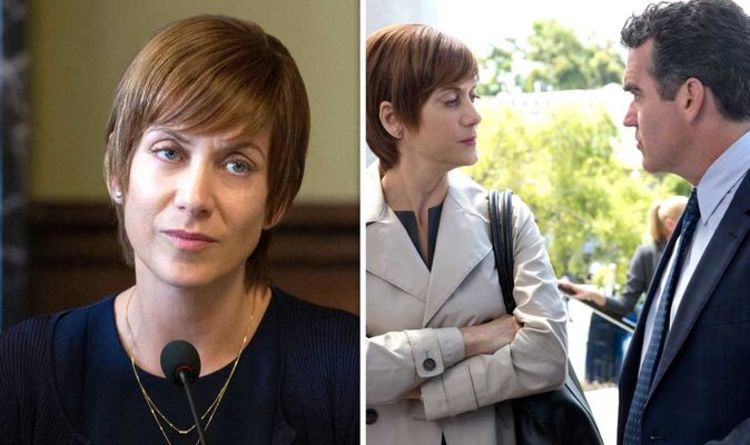 13 Reasons Why is a Netflix teen drama following the story of Hannah Baker (played by Katherine Langford), her friends and her family after she commits suicide. In the series, her family is a big part of season one while her mother is the driving force behind the trial in season two. Here’s what happened to them after the verdict was delivered.

What happened to Hannah’s family?

13 Reasons Why will be returning to Netflix this Friday (August 23) with brand new episodes of the teen drama.

The first two outings of the show have focused heavily on Hannah Baker’s suicide and the impact it had on her friends and family.

During the first season, Hannah’s parents Andy (Brian d’Arcy James) and Olivia (Kate Walsh) played a big role in finding out what happened to their daughter.

However, fans will remember that Hannah’s mother and father separated before season two of the series.

While it is mentioned that Andy has moved out of the family, it is not explained where he is.

Therefore, it is unlikely that viewers will see him return in the third season of the drama.

Hannah’s mother Olivia did play a big role in season two as she was the driving force behind the trial against Liberty High School for their role in her daughter’s suicide.

Fans will remember that the verdict that the school district was not guilty in the trial against them was revealed at the end of series two.

In the season two finale, Olivia speaks to Clay Jensen (Dylan Minnette) one month after the trial has taken place.

READ MORE: 13 Reasons Why season 3 trailer: Why isn’t Hannah Baker in the promo?

In the emotional conversation, she reveals that she is moving away from the town of Crestmont to New York City.

She says to him: “I’m moving to New York. It was always Hannah’s dream.

“She never made it, so I’ll get there for her.”

Kate Walsh is not expected to reprise her role as Hannah’s mother in the third season of the show as a result.

This comes after actor Katherine Langford revealed Hannah would not be returning for the third season of the show.

She confirmed this on Instagram where she wrote: “’Hannah…I love you…and I let you go’

“Those are the words I was able to say six months ago, and now can finally share with you.

“As most of you know @13reasonswhy was my first ever job and I am so grateful to have had the opportunity to tell Hannah’s story so fully in season one, and to be asked back for a season two.”

The third season will instead focus on a whole new storyline with the trailer confirming major antagonist Bryce Walker (Justin Prentice) is dead.

Season three will follow the investigation as viewers find out who killed the high schooler.

13 Reasons Why season 3 will be released on Netflix on Friday, August 23.

For support about any of the issues raised in the show visit 13ReasonsWhy.info or call the Samaritans in the UK on 116 12