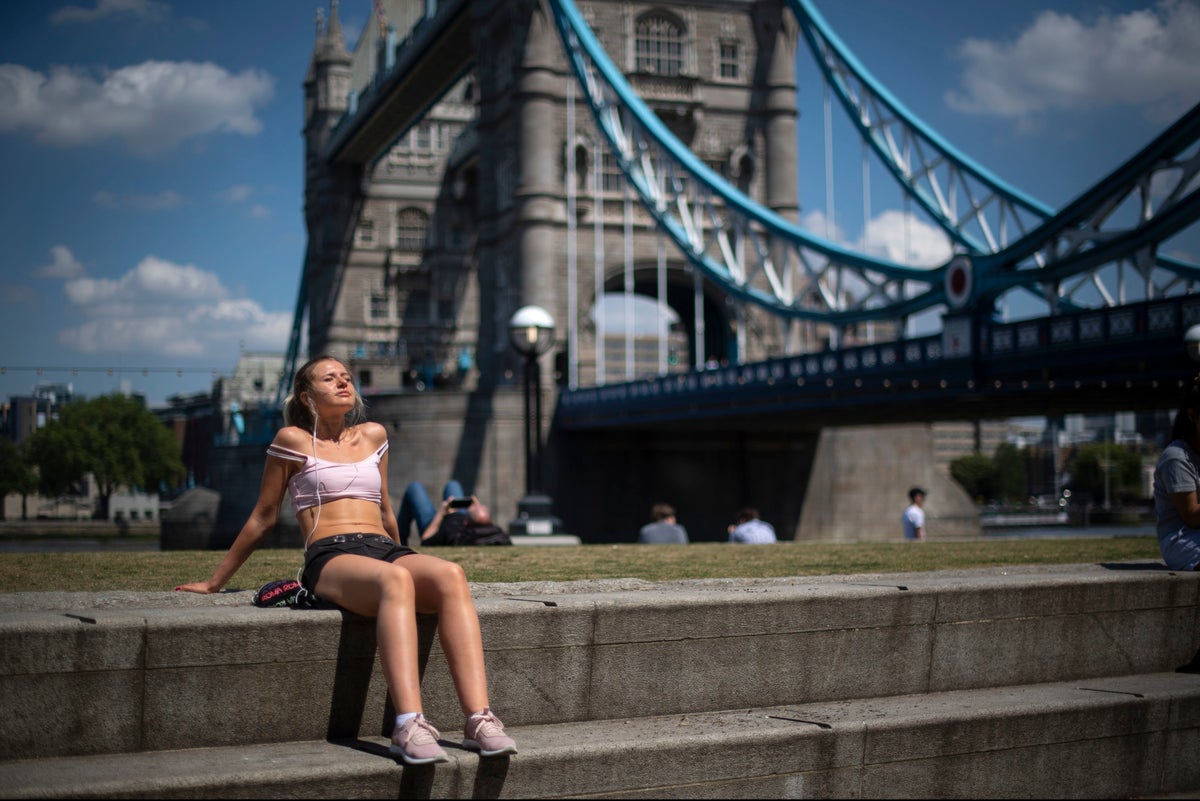 ast year was one of the top three hottest on record, scientists have found, as climate change continues to wreak deadly havoc across the world.

The three warmest years on record all fall within the last decade, in a “stark reminder” of the pace of global warming, the United Nations has warned.

UK researchers said 2020 was the second hottest year on record, according to data compiled by the Met Office, University of East Anglia (UEA) and the UK National Centre for Atmospheric Science, found.

Their combined analysis set global temperatures around 1.28C above levels seen in the second half of the 19th century.

This is just a fraction of a degree below the record year of 2016, when they were 1.29C above pre-industrial levels.

United Nations Secretary-General Antonio Guterres said the findings represented “yet another stark reminder of the relentless pace of climate change, which is destroying lives and livelihoods across our planet”.

It came following a 12 months which saw wildfires in America and Australia ravaging through vast swathes of natural habitat, while cyclones, floods and storms battered communities across the planet.

The UK felt the effects of Storm Ciara and Storm Alex, which caused flooding and power cuts as record amounts of rain fell, while temperatures reached in excess of 30C for several days during the height of summer, all considered to be a consequence of climate change.

The WMO report said it was “remarkable” that temperatures in 2020 were virtually on a par with 2016.

This was despite the presence last year of the naturally occurring climate cooling phenomenon known as La Nina.

Mr Guterres said: “We are headed for a catastrophic temperature rise of three to 5C this century.

“Making peace with nature is the defining task of the 21st century.

“It must be the top priority for everyone, everywhere.”

Under the international Paris Agreement, countries have pledged to limit warming to 2C above pre-industrial levels, and to pursue efforts to keep temperature rises to 1.5C to avoid the worst impacts of climate change.

The hottest year on record, 2016, saw a strong El Nino, the opposite phenomenon, which boosts temperatures on top of human-caused global warming.

What is El Nino?

In 2020 there was notable regional warmth in northern Asia, stretching up into the Arctic, parts of eastern Europe and Central America.

Dr Colin Morice, senior scientist in the Met Office’s climate monitoring team, said: “2020 has proved to be another notable year in the global climate record.

“For the global average temperature in 2020 to be yet another warm year, the second warmest on record even when influenced by a slight La Nina, is a sign of the continued impact of human induced climate change on our global climate.

“With all datasets showing a continued rise in global average temperature, the latest figures take the world one step closer to the limits stipulated by the Paris Agreement.”

Tim Osborn, director of UEA’s Climatic Research Unit, said: “For the last 50 years, our global climate has been warming at about 0.2C each decade.

“This underlying warming, due primarily to society’s use of coal, oil and gas, is what matters for monitoring climate change and tracking our progress against the goals of the Paris Agreement, more so than the warmth of an individual year.

“Nevertheless, it is notable that we have just experienced, globally, the second warmest year of the warmest decade on record.”