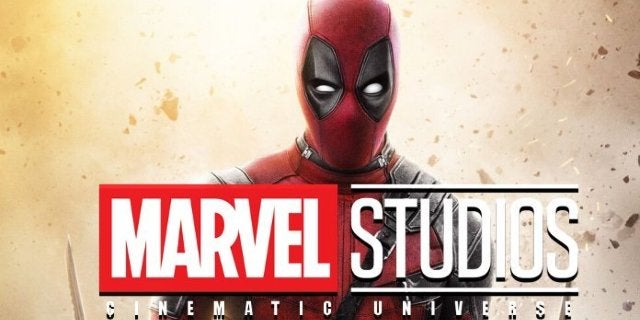 Marvel fans around the globe were devastated on Tuesday when the news broke that Sony and Disney had reached a standstill on negotiations regarding Spider-Man. Disney wants 50% of the money made by Spider-Man movies, Sony thinks that’s entirely too much, and the reports suggest that disagreement is enough to keep the two sides from reaching any sort of deal. This effectively removes Spider-Man from the Marvel Cinematic Universe going forward, unless something drastic changes in the next few months. Fortunately, there’s another quick-witted hero that’s clad in red ready to make a mark on the MCU.

With Disney’s purchase of 21st Century Fox earlier this year, Marvel Studios acquired the rights to all of the X-Men and Fantastic Four characters, allowing them to finally take part in the MCU. That includes Deadpool, Ryan Reynolds’ R-rated sensation. There are certainly logistics that need to be worked out if the character is going to be folded into the family-friendly MCU, but it is most definitely an option being explored by Marvel and Kevin Feige. With D23 in just a couple of days, Marvel has the opportunity to make everyone forget about the Spider-Man issue, at least for a little bit, by bringing everyone’s Deadpool dreams to life.

Deadpool isn’t Spider-Man, I get that. Nothing can replace what is perhaps Marvel’s most iconic character of all time in the MCU, but that’s not what this is about. Folks are reeling from the idea of Spider-Man not appearing in the MCU ever again, which is a very likely scenario at this point in time. That said, introducing Deadpool to the franchise could make people feel a bit better about the loss of Peter Parker.

Tom Holland is going to play Spider-Man in two more movies. Whether those movies are made completely by Sony or they have help from Feige, they are going to exist, so we can count on seeing more solid Spider-Man in the future. He doesn’t necessarily need to be in the MCU to be great, as Spider-Man: Into the Spider-Verse proved last year. I say all that to simply say, Spider-Man isn’t suddenly going to disappear from the big screen, and that’s all that really matters. His story was pretty closed off from the rest of the MCU after Far From Home, so things can just move forward as is for the franchise. The only thing to wrestle with is the selfish notion that we want Spider-Man and other characters to hang out.

This is where Deadpool comes in. While his introduction won’t be a straight up trade for Spider-Man, he is one of the most popular characters created by Marvel. Watching him riff on characters like Black Panther or Captain Marvel would make everyone forget that Spider-Man used to be there, especially if the MCU brings in another exciting teenage character like Kamala Khan or Sam Alexander. By using a combination of characters, Marvel can essentially play off the existence of Spider-Man altogether, while Sony still produces standalone Spider-Man movies for us to watch. It’s a win-win.

It could also be a lot simpler than this. People are sad about Spider-Man leaving. If Marvel announces its plans for Deadpool at D23, people will be happy. That’s really all there is to it.

Are you disappointed to see Spider-Man leaving the MCU? Let us know in the comments!