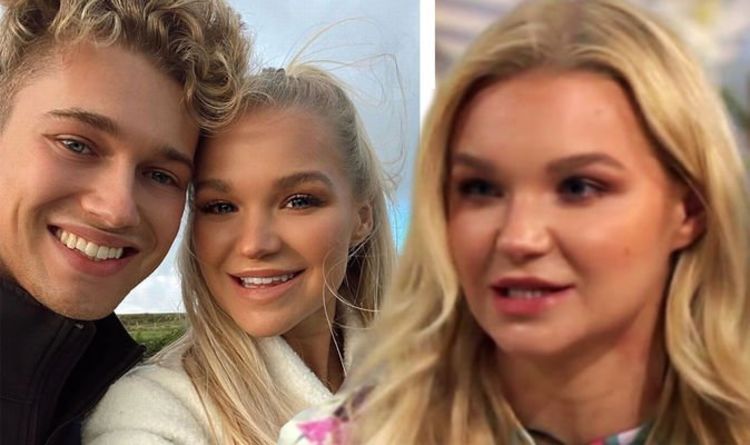 Abbie Quinnen, 23, made headlines across the UK after she suffered second and third degree burns across her body after she and her boyfriend Strictly Come Dancing’s AJ Pritchard attempted a social media stunt with a highly-flammable liquid. But the trick went badly wrong and a fireball “shot across the room”, which set Abbie on fire. And if the accident wasn’t hugely traumatic enough for the dancer, she has also received vile messages from trolls on social media regarding her injuries.

Her face, head, neck, ear, chest and down her right side was affected, and she has also lost some of her hair.

Abbie has had to have three skin graft operations, two of which involved using someone else’s skin – a procedure called an allograft, and at one point was taking up to 27 tablets a day to cope with the pain.

Throughout the terrifying ordeal, she’s revealed she had received immense support from fans who shared with her their own experiences of being burned, but she has also been targeted by nasty trolls.

One of the messages read: “You should have burned to death”.

Abbie recalled being “hysterical” after she eventually did speak to a counsellor and they encouraged her to look into a mirror to help her accept what had happened, admitting she “struggled” to do so.

Crediting AJ, she said: “He was able to get on with his life whereas I was in bed struggling with the consequences.

“I wasn’t thinking straight, I know he was trying to be strong for me.”

The 23-year-old revealed she caught her dancer boyfriend crying as he apologised profusely for the freak accident.

“I was shocked because he’d obviously been keeping it in for weeks,” she confessed.

Abbie said that she too, has cried every day since the trick went wrong, constantly questioning, “Why did this happen to me?” after the event made her “anxious” to go out.

But she is now looking towards the future, focusing on getting back on stage and performing alongside AJ and his brother Curtis in their autumn tour.

She also spoke to starting a petition to get dangerous videos removed from video sites such as YouTube, so no one else has to go through the trauma she has.