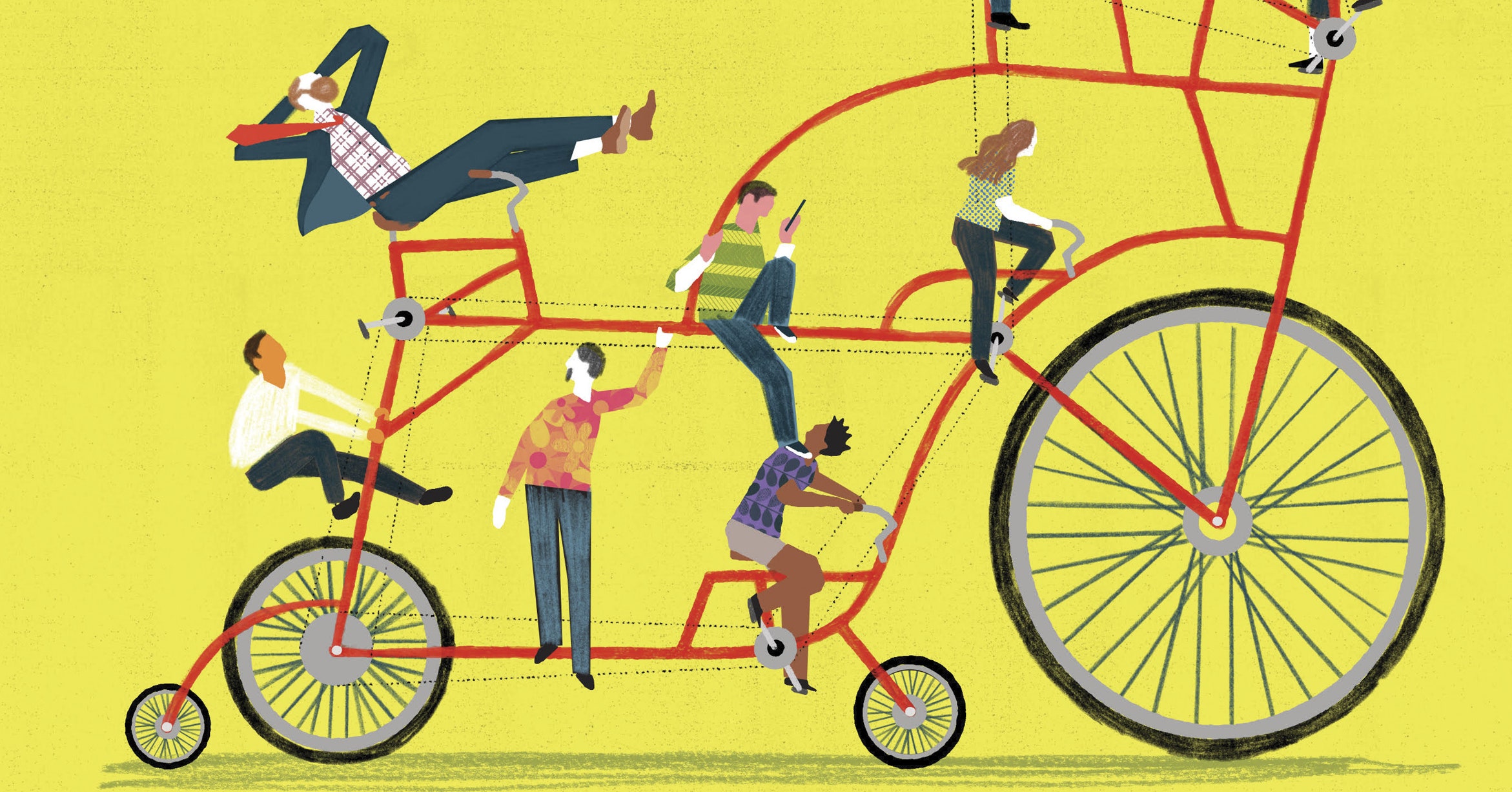 Here’s a thought experiment: Imagine for a moment that a hardheaded social scientist from, say, 1974 is plucked out of time and dropped here, in the midst of the internet age. What, more than anything else, would blow their mind?

I’m not just asking what they’d be most dazzled by. I’m asking what would shake their sense of how the world works. What would they least have seen coming?

My hunch is they wouldn’t be as astounded by our world as we like to think. Our technologies of instant communication would be impressive, yes, but they’d at least make sense as the culmination of a trend that began with the telegraph. Other seemingly new phenomena like viral false news and deepfakes have predigital precedents. Even some of the most bizarre facts of online life chime with what’s come before: Anyone familiar with the ancient Egyptian fixation on felines (cat mummies, cat statues, cat pictographs) and the mid-century American obsession with TV would at least have some pretext to accept that one of the largest conglomerates on the planet is the owner of a massive video site with millions of cat clips.

My guess is that the real surprise for our visitor would be the vast open source projects, relying mainly on volunteer labor, that underpin the internet. As a social scientist myself, I can say that convincing a colleague from the past that Wikipedia and Linux actually work the way they do would be a pretty huge lift. Given the assumption, common to many 20th-century schools of thought, that humans act in incorrigibly selfish ways, the notion that tens of thousands of people would collaborate to create, respectively, a living monument to human knowledge and a foundational piece of computing infrastructure, free of charge, simply sounds too fanciful.

And it’s not just Wikipedia and Linux. The whole open source software ecology is a miracle whose branches sprawl in every direction. The internet as we know it simply couldn’t operate without it.

To put things in terms our time-traveling professor would understand, much of the web is an exception to the famed “free rider” problem—the idea that people will not make sacrifices toward a common goal if they can get away with coasting on other people’s efforts.

Humans aren’t incorrigibly or universally selfish, but we’ve built plenty of institutions that do act that way.

In practice, if not in theory, you’re no doubt familiar with the free rider problem: the roommate who doesn’t help with the dishes but happily eats from clean plates; the student assigned to a group project who lets everyone else do the work, knowing they all get the same grade. It’s a basic tenet of analysis in social science, especially in economics and political science. And yet Linux exists. Wikipedia exists.

Here’s how I’d explain these apparent grand exceptions to our visitor. Under the right conditions, there are clearly some people who will put in a lot of work simply because it’s rewarding to contribute to something larger than themselves. And when the number of people who can theoretically collaborate on a project scales up into the billions, your chance of yoking together a critical mass of volunteers goes up exponentially. Then, suddenly, things that look impossible, like Wikipedia or Linux, can happen.

But there’s a rub. The free rider problem does emerge in the realm of open source software, and with a vengeance. Because even though humans aren’t incorrigibly or universally selfish, we’ve built plenty of institutions that do act that way.

Consider the striking case of OpenSSL, an open source provider of the protocols that encrypt web traffic. According to one estimate, OpenSSL is used by more than two-thirds of all websites. But for the longest time, the whole project was maintained by two overworked programmers with a few unpaid volunteers helping out—even though the code was being used, for free, by a host of large corporations and governments. Until 2014, OpenSSL brought in a meager $2,000 in annual donations. Even with the consulting work the programmers did on the side, gross revenues never exceeded $1 million.

The toll of all that free riding became apparent in 2014. It turned out there was a bug in this software suite that made it possible for an attacker to access parts of a computer’s memory that should have been off-limits. The bug, named Heartbleed, made headlines around the world; it had been lingering in the OpenSSL code for years, and all that time it might have been used by hackers and intelligence agencies for spying. Oops. After this scandal, a few companies finally stepped up to contribute a bit more to OpenSSL so the project could hire more programmers. (Even after all that, it’s still a small team operating on a budget that is tiny by industry standards.)

Was OpenSSL an aberration? Not really. Recently, I watched an argument flare up on GitHub, the world’s largest community of software developers, because the sole maintainer of core-js—a widely used software suite for using JavaScript in web browsers—had inserted a request for donations into the installation logs of his program. A few irate programmers asked him to remove the solicitation, which they saw as cluttering up their installation process.

The original creator explained the situation with a desperate note. He had been working on this project almost every day for the past five years, without pay. He’d tried to do some fund-raising, but it resulted in total monthly donations of just $57. This is a software library that’s significant enough to be used in more than a million websites, including those of many large businesses. But as long as the labor was provided freely, corporations were happy to take the gains and run with them.

So here is the final lesson I would hope to impart to our visitor. The original well-meaning, geeky architects of the web believed that there was an abundance of altruism in human nature—and they were more correct on this count, it turns out, than many esteemed social philosophers were. But they were too optimistic in overlooking the possibility that corporations would exploit and colonize this new realm. If only we had all seen it coming.

Zeynep Tufekci (@zeynep) is a WIRED contributor and a professor at the University of North Carolina at Chapel Hill.

This article appears in the September issue. Subscribe now.