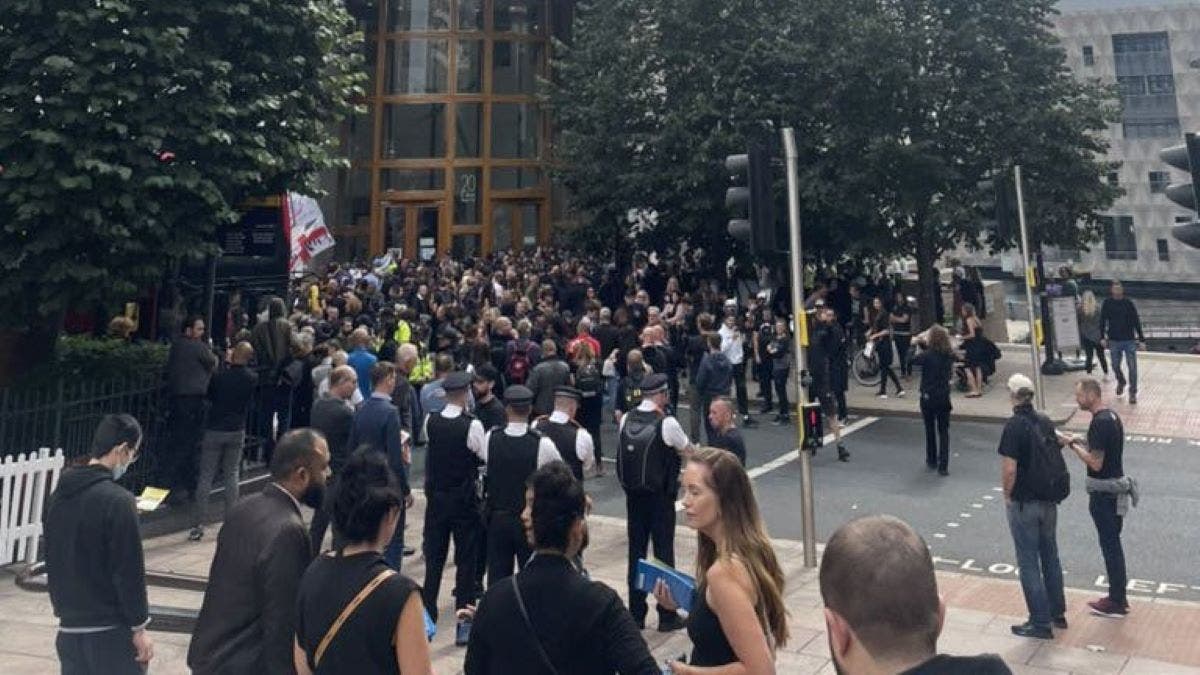 group of anti-vaccine protesters have tried to storm the headquarters of the Medicines and Healthcare products Regulatory Agency (MHRA) in central London.

Footage posted on social media shows a group of demonstrators being held back by police as they try to get into the building on Cabot Square in Canary Wharf on Friday afternoon.

Crowds were later seen leaving the area towards the Underground station.

The MHRA is the Government body responsible for approving the coronavirus vaccines.

The Metropolitan Police tweeted: “We have officers attending a demonstration outside a commercial building on Cabot Square in Canary Wharf.

“A number of officers are on scene, guarding the entrance to the building.

“Officers also continue to attend a demonstration by a separate group in Canary Wharf along Bank Street. Arrests have been made and units remain on scene.”

Andrew Wood, councillor for Canary Wharf, said leaflets were being handed out about the vaccination of children.

He added: “The police have been here all week because we were expecting Extinction Rebellion so most of the police and security’s been outside the banks.

“So whether the anti-vaxxers realised this or not the police were ready for a protest, it’s just that it was anti-vaxxers not Extinction Rebellion who turned up this afternoon.”

The protest comes after journalists working for ITN were trapped in their offices when a group of anti-vaccine and anti-lockdown protesters forced their way into the broadcaster’s London headquarters on August 23.

That followed an incident on August 9 when a crowd thought to be made up of anti-vaccine protesters tried to gain access to the BBC’s old headquarters in White City, west London.