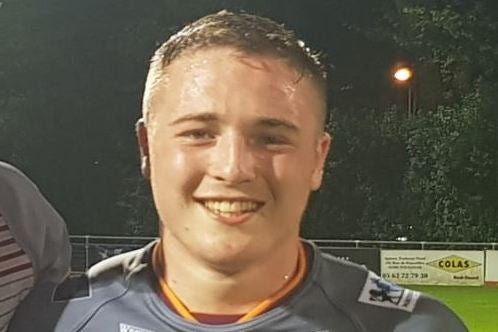 Tributes have been paid to a young rugby league player who was found dead in a hotel in France hours after making his debut.

Scrum-half Archie Bruce, 20, made his debut for Championship side Batley Bulldogs during the team’s 46-0 defeat to Toulouse on Saturday.

In a statement, the club said the player was discovered in his hotel bedroom this morning. It added that Mr Bruce’s family had been informed.

Chairman Kevin Nicholas said: “Batley Bulldogs are greatly saddened to announce the passing of their player Archie Bruce (20) who was found in his hotel bedroom early this morning having made his debut against Toulouse the previous evening.

“Archie’s immediate family have been informed.

“Batley Bulldogs, the RFL and the RFL Benevolent Fund will be supporting the family while enquiries by the French authorities continue, with the club squad delaying their return to the UK.

“The Bruce family have requested privacy during this most difficult of times.”

The club, which plays in rugby league’s second tier, is delaying its return to West Yorkshire after the tragedy.

Bruce had recently joined the Bulldogs from amateur club Dewsbury Moor, which tweeted: “We are devastated to announce the passing of our player Archie Bruce (20).

“Archie made his debut for Batley yesterday in Toulouse and was found in his hotel bedroom early this morning.

“We extend our deepest condolences to Archie’s family, team mates and friends. RIP.”