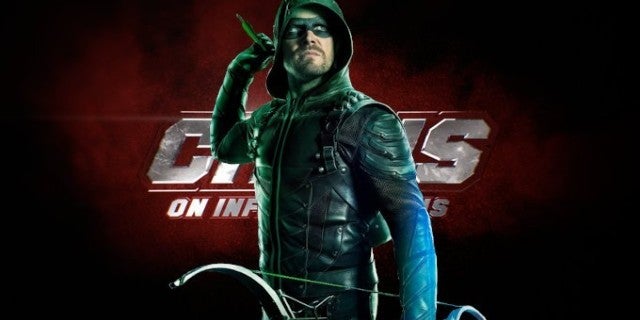 The largest occasion in the DC Arrowverse TV franchise will arrive this vacation season with “Crisis on Infinite Earths”, a significant crossover occasion that may convey collectively Arrow, The Flash, Supergirl, Black Lightning, Batwoman, and Legends of Tommorow. For weeks now, the producers and stars of the Arrowverse “Crisis” occasion have been teasing followers with behind-the-scenes teasers of numerous parts of “Crisis” – together with the all-important title emblem for the occasion, which is a giant custom in Arrowverse crossovers. We received a have a look at the early model of the “Crisis” emblem final week, however now franchise star Stephen Amell has revealed the completed “Crisis” title sequence!

Check out the title sequence of the Arrowverse “Crisis” Crossover, under:

Crisis on Infinite Earths kicks off on Sunday, December 8 on Supergirl, runs by a Monday episode of Batwoman and that Tuesday’s episode of The Flash. That can be the midseason cliffhanger, as the exhibits go on hiatus for the holidays and return on January 14 to complete out the occasion with the midseason premiere of Arrow and a “special episode” of DC’s Legends of Tomorrow, which launches as a midseason sequence this 12 months and so won’t have an episode on the air earlier than the Crisis.