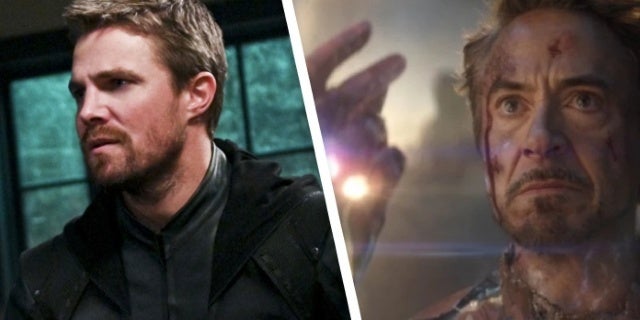 Filming is presently underway on the Arrowverse’s “Crisis on Infinite Earths” crossover, and one of many franchise’s stars simply dropped a reasonably epic tease. On Wednesday, Arrow star Stephen Amell took to Twitter to share a current behind-the-scenes photograph of himself superimposed onto Tony Stark holding the Infinity Gauntlet in Avengers: Endgame. Amell’s caption on the photograph ominously reads “there are no easy days on the crossover”. Given what we already learn about “Crisis” – particularly, that Oliver is anticipated to sacrifice himself to avoid wasting the multiverse – the meme takes on a reasonably vital that means.

There aren’t any simple days on the crossover. pic.twitter.com/kSCD5DW0Gq

While there is no indication if because of this Amell filmed Oliver’s demise scene, some Arrow followers have already begun to take a position as a lot. The notion of Oliver’s demise has hung over Arrow for months now after The Monitor (LaMonica Garrett) made a take care of Oliver in relation to the approaching “Crisis”.

“It’s what I want,” Amell stated of Oliver’s ending this previous August. “I pitched it for a very long time. It’s what I want, but concurrently, that doesn’t mean that there aren’t surprises along the way. I was floored when I got the pitch for the crossover. I don’t see it coming — nobody sees it coming. It’s going to be so rad.”

What do you consider the newest “Crisis on Infinite Earths” tease from Stephen Amell? Share your ideas with us within the feedback beneath.

“Crisis on Infinite Earths” will start with Supergirl on Sunday, December eighth at 8/7c.