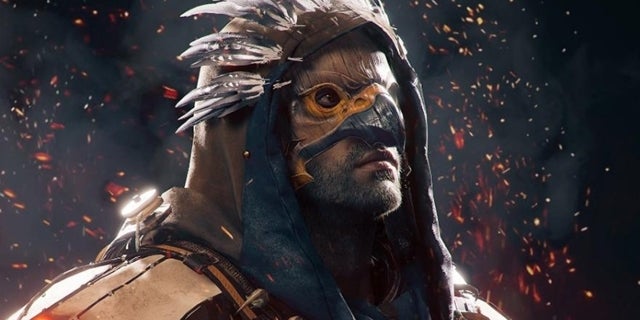 Assassin’s Creed Odyssey has been going strong since its initial launch, bringing tons of new content to the game for players to enjoy. As the title heads into the end of its run before a new entry is released, the latest update may be one of the last. That said, the newest update brings with it a plethora of goodies for players to enjoy, including changes to Story Creator Mode, in-game support for the upcoming Discovery Tour, which arrives next month, as well as a host of fixes for various issues.

With this likely being one of the last big updates for Assassin’s Creed Odyssey, Ubisoft is probably looking at it as a way to ensure those who continue playing keep having an enjoyable experience. Plus, with Discovery Tour: Ancient Greece set to arrive in September, this will surely bring many fans back to the game to hang around without having to worry about any threats. In addition to all of this, the Ikaros pack is also available now, which comes with a new gear set, mount, and a bow.

Glide effortlessly between multiple foes, as an eagle would soar through the skies.

The Ikaros pack is now available and contains a gear set, a mount, and a bow! #AssassinsCreedOdyssey pic.twitter.com/XzK1uvVY7L

Here’s what has been changed with update 1.5.0, which is currently live in-game:

THE FATE OF ATLANTIS

Assassin’s Creed Odyssey is currently available on PC, PlayStation 4, and Xbox One.