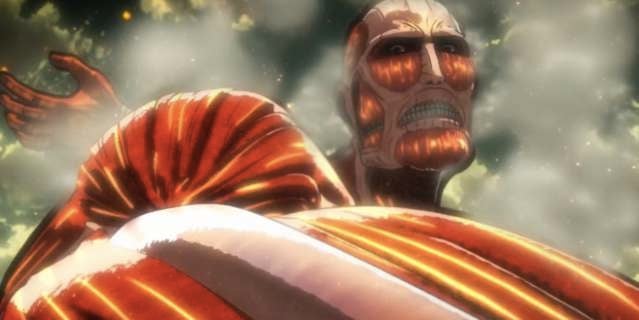 Attack on Titan fans have plenty of options when it comes to cosplay. From soldiers to Titans, you can find all sorts of anime cosplays online, but there is only one Low Cost Cosplay. And thanks to a recent post, a viral take on the Colossal Titan has fans thinking they could bring the character to life.

Recently, Low Cost Cosplay took to Facebook to share a new cosplay. The fan decided to dress up as the Colossal Titan, and he did so with a bit of patience and a lot of ribbon.

As you can see below, the Attack on Titan look involved some careful application of ribbon. The first photo shows the fan wrapping white and ribbon around themselves after eyeing the giant spools. However, a bit of patience takes the guy a long way.

While this Attack on Titan cosplay may not be the most accurate, it is rather genius. You may not have this much ribbon at home, but it would be cheaper to get than, say, a full-blown cosplay of the Colossal Titan. Now, it is just a matter of time before someone brings this look to an actual convention, so here’s to hoping all the ribbon stays on tight!

Do you think you could pull off this complex Attack on Titan cosplay? Let me know in the comments or hit me up on Twitter @MeganPetersCB to talk all things comics and anime!

Attack on Titan was originally created by Hajime Isayama, and the series has since been collected into 23 volumes as of 2017. It’s set in a world where the last remnants of humanity live within a walled city in order to escape the danger of the Titans, a race of giants monsters that eats humans. The lead character, Eren Yeager, ends up joining the military with his two childhood friends Mikasa and Armin after the Titans break through the wall and attack his hometown. Now Eren, Mikasa, and Armin must survive in a world where they not only have the Titans to fear, but the very humans they are trying to save. You can currently find the series streaming on Crunchyroll, Funimation, and Saturday nights on Adult Swim’s Toonami block.