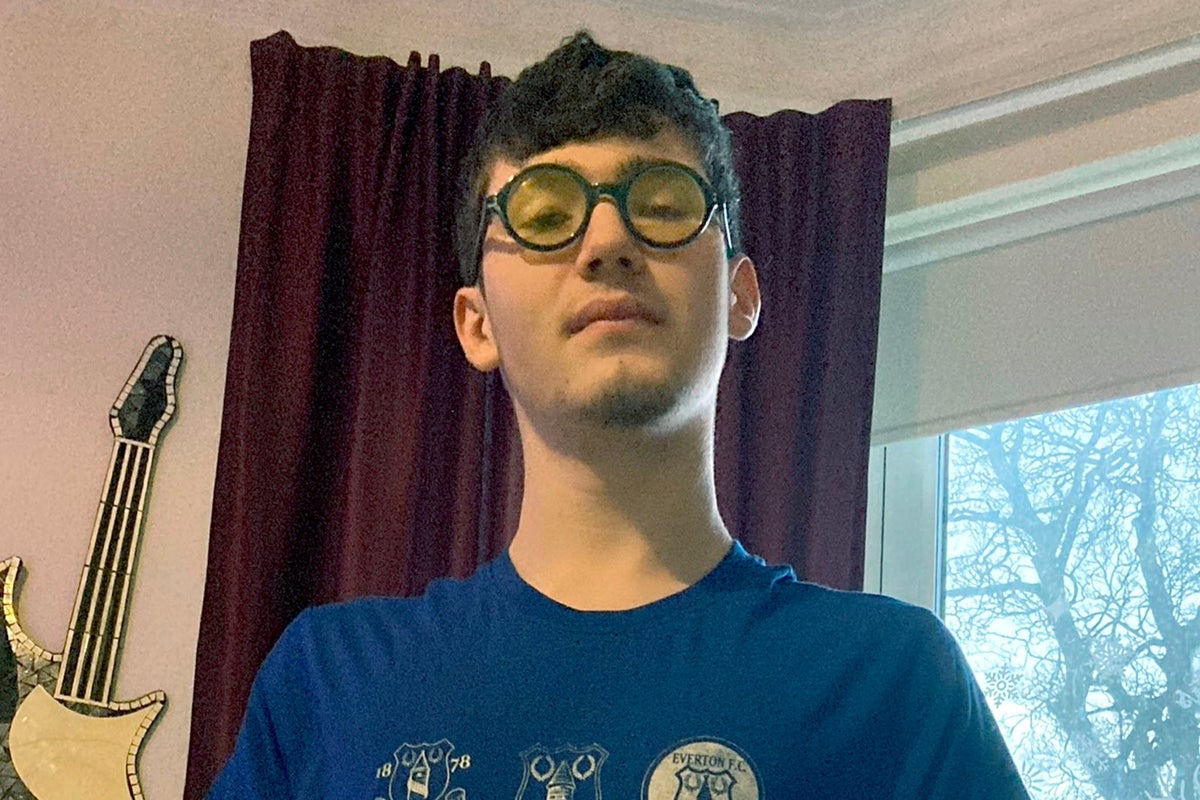 n autistic teenager wants to send thank you cards to as many NHS workers as possible.

His mother said writing the cards will help ease his anxiety about the pandemic.

Indra Joyce is Patrick’s full-time carer after his father died in 2014, when he was 10.

Ms Joyce said: “He wants to write to as many people as he can.

“He just wants to help them not be as sad, and to know that he supports them and appreciates what they are doing because too many people are dying, and he’s glad they at least have the doctors and nurses caring about them.

“The cost of a stamp is peanuts compared to the benefits it will bring both to my son and to the letters’ recipients.”

After a traumatic birth, Patrick was diagnosed with various cognitive disabilities, including global developmental delay (GDD) and autism.

“Patrick is 17, but due to GDD he is more like a seven to eight-year-old,” Ms Joyce said.

“But throughout all his struggles and difficulties, he has always been sweet-natured, and he gets upset when people are sad and wants to hug them to make it better.

“This has made lockdown especially hard, as he is over-social… everyone is his friend.

“He loves to read and write, and became obsessed with Covid statistics, which raised his anxiety considerably.

“After the umpteenth time of telling me how sad he was for the doctors and nurses who were caring for all the people who were dying, I suggested he write to tell them, to help them feel better.”

Ms Joyce said Patrick, also known as Paddy, “wanted to write to everyone” and asked her to post to her Twitter account, @Indra68, to request NHS workers’ names and hospital addresses.

Since posting the tweet on Wednesday, Ms Joyce said she has had many responses already, and an “overjoyed” Patrick plans to start writing the cards on Thursday.

A number of NHS workers replied publicly to Ms Joyce’s post, with one nurse saying “it would make our day” for her hospital’s ICU staff to receive a card.

Ms Joyce said Patrick, a passionate Everton Football Club fan, will write a few each day so he does not tire.

She added that Patrick loved the Thursday Clap For Carers that took place during lockdown, and drew a rainbow for their window.

Ms Joyce, who said she also has disabilities and depression, is buoyed by the opportunity the card-writing offers to bring her son joy.

“Anything that can ease his anxiety and make him happy makes me happy,” she added.

If you would like to share the name and address of a health worker so Patrick can send them a card, you can send Ms Joyce a direct message via Twitter with her handle @Indra68.