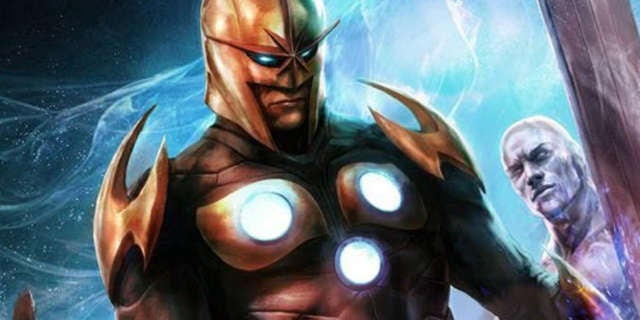 Earlier on Monday, Avengers: Endgame co-director Joe Russo was quoted as saying Nova appeared in Avengers: Endgame. The crowded battle at the end of the movie included dozens of Marvel heroes so it made sense. It was consistent with the character’s origin story, as well. However, Joe Russo has now confirmed to ComicBook.com that his statement of Nova appearing in the crowded battle sequence was nothing more than a joke.

“That was actually a joke on our part,” Joe Russo said via e-mail.

The debunking of the statement might settle down some of the Marvel fans who avidly scanned through the battle sequence in Avengers: Endgame searching for Richard Rider. On the heels of Xandar being destroyed prior to Avengers: Infinity War, Richard Rider would have inherited the entirety of the Xandarian Worldmind to become The Man Called Nova known in Marvel Comics. As five years have passed since that destruction, Richard Rider should be a full-fledged super hero by the time the events of Avengers: Endgame came to pass.

However, if the Marvel Cinematic Universe is going to follow Nova’s origin story from the pages of Marvel Comics, then he must have just sat out the battle against Thanos. Richard Rider was not there, despite the directors joking that he was.

Still, there is hope for Nova in the Marvel Cinematic Universe. “Nova is… if we have a big board with a bunch of characters that have more immediate potential, Nova is on that board,” Marvel Studios president Kevin Feige told ComicBook.com in 2018. “Because of the connection to the Guardians universe, because there are more than one examples to pull from in the comics that are interesting. And you’re absolutely right, he was in the earliest drafts of the [Guardians of the Galaxy].”

Nova is not a part of Marvel Studios’ Phase 4 plans so fans will have to keep their hopes up for a Phase 5 or Disney+ appearance. How he will actually be introduced remains to be seen.

Avengers: Endgame is available now on digital downloads and blu-ray.