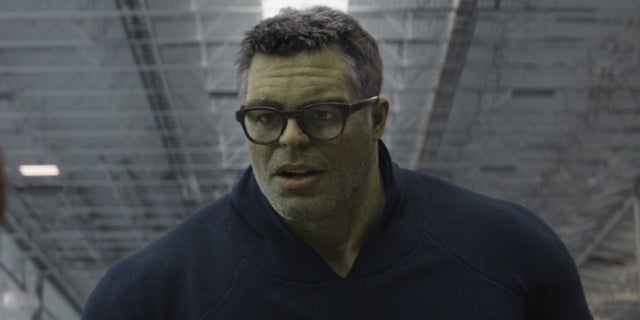 In terms of transformation between Avengers: Infinity War and Avengers: Endgame, Bruce Banner/Hulk had arguably the biggest. When fans catch up with him five years after the Snap, it’s not just Bruce or not just Hulk that they meet. It’s Smart Hulk, all the power of Hulk with the smarts and rational thought of Bruce Banner, something that had never really happened before. Now, Endgame directors Joe and Anthony Russo are explaining how and why the two finally come together.

In an interview with Wired, the Russos explain that the emergence of Smart Hulk was a part of how Banner (Mark Ruffalo) moves on from the events of Infinity War after both he and Hulk were unable to stop Thanos.

“We wanted to track how every one of the Avengers was moving forward from the experience of Infinity War,” Anthony Russo explained. “Banner is left with this reality that neither version of himself could stop Thanos. So he dedicates himself to making sure this never happens again. And that is sort of the proper motivation for him to finally figure out how to reconcile the two sides of himself.”

It’s a progression that makes sense. One of the things we see in Infinity War is Hulk’s reluctance to come back out having lost to Thanos. When Banner also loses, that desire to never be weak again is a solid reason to push forward for a solution. However, the timing of Smart Hulk’s emergence is one that required a bit more fine tuning. At San Diego Comic-Con last month, Endgame writers Christopher Markus and Stephen McFeely revealed that Smart Hulk was originally planned for debut in Infinity War, but it just didn’t play.

“We wrote [Infinity War], we shot it, and then went on to shoot most of Endgame,” Markus said. “And it was: he achieved union with the Hulk while inside the Hulkbuster, burst out, and kicked Cull Obsidian’s ass. And it didn’t work.

“It was completely the wrong tone for that moment in the movie. It was this victory when we were headed toward a crushing defeat, and it was tone deaf. But we had already shot Endgame, where he was already Smart Hulk.”

As for why Endgame didn’t show details as to how the meeting of the minds, as it were, came together, Markus explained that not everything in movies needs a play-by-play on screen.

“Also, it’s like, you get it. Part of the thing we learn every time you write a movie — and particularly a movie where it’s a continuing storyline — you don’t have to explain as much as you think you have to. You can go to Queens, people know who Spider-Man is,” Markus said. “I don’t need to see him get bitten by the spider again. Like, ‘okay, he’s a combination of Hulk and Banner, I get it.’ Just give me a crumb as to how it happened.”

Avengers: Endgame is now available to own on 4K Ultra HD and Blu-ray.