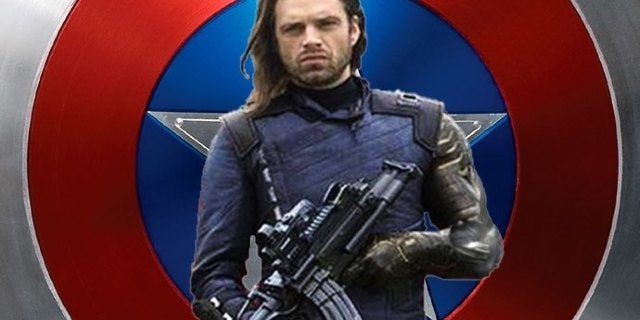 Bucky Barnes is a clear favorite amongst fans, and he remains as much in the wake of Avengers: Endgame. Before long, the Marvel Cinematic Universe will explore his story in a Disney+ series titled The Falcon and the Winter Soldier, but it seems fans need one question answered now…

After all, the directors of Avengers: Endgame just tackled a fan-question asking why Bucky did not get Captain America’s shield, and the pair were not shy about their reasoning.

Recently, Joe and Anthony Russo did an interview with WIRED where they answered fan-questions about the film. It was their the co-directors said Bucky’s “damaged mind” factored into their decision to give Sam Wilson the shield.

“The thing we’ve loved exploring about Bucky is [that] he’s got a very complicated history. He has a damaged mind. You don’t want to hand a very powerful weapon to somebody who is vulnerable like that,” Anthony said.

As for the Falcon, it was Joe who stressed Sam is as deserving of Captain America’s shield as anyone could be.

“Falcon is an amazing character who is certainly very deserving of the shield,” the director said.

While some fans are upset by the decision, others are glad to see Bucky get the time to heal. It was not that long ago the character was under ice as an agent of Hydra. The conditioned killer has a slew of traumas to work through, and they are ones Bucky may never fully escape. Those acts aren’t the thing preventing Bucky from taking up the shield in the future, but his fragile disposition made the directors second-guess giving Bucky the shield. For now, the character needs to focus on healing himself and coming to terms with a world he has agency in, and he will be able to do so with Sam at his side after Steve chose to go back to his own time.

So, do you think Bucky will one day get to carry the shield himself? Let me know in the comments or hit me up on Twitter @MeganPetersCB to talk all things comics and anime!