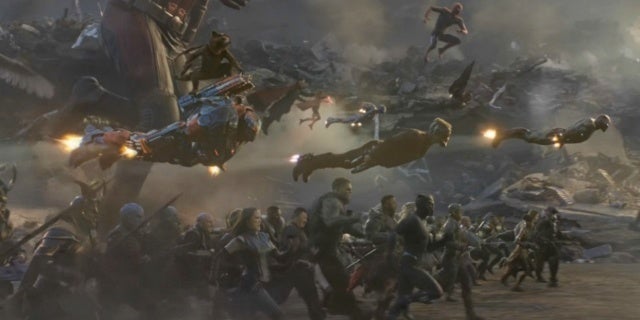 Since Martin Scorsese made his first feedback in regards to the state of Marvel moments final month, we have heard responses from nearly all corners of the Marvel universe. Even Disney boss Bob Iger has gone on file together with his rebuttal and now, Avengers: Endgame editor Jeffrey Ford is getting in on the motion. At a talking engagement Tuesday, the Saturn Award-winning editor revealed he thought Scorsese brings up “an interesting point” about Marvel films.

“I do think that Scorsese makes an interesting point, when he argues we really do need to get back to the notion of cinema as community and being an audience member seeing an artistic expression on screen,” Ford mentioned at IndieWire’s Consider This FYC Brunch. Scorsese has made a number of feedback, together with that reality he thought the blockbusters lacked a sure degree of emotion.

“I do know when I saw it with an audience, there was a profound emotional reaction,” continued Ford. While Ford is not essentially a family identify like Joe and Anthony Russo, the filmmakers do credit score the award-winning editor on being the one to provide you with Tony Stark’s (Robert Downey Jr.) deadly “I am Iron Man” line in Avengers: Endgame.

“Tony used to not say something in that second. And we had been within the enhancing room going, ‘He has to say something. This a character who has lived and died by quips,’” Joe mentioned throughout a Q&A earlier this yr.

“And we just couldn’t, we tried a million different last lines. Thanos was saying, ‘I am inevitable.’ And our editor Jeff Ford, who’s been with us all four movies and is an amazing storyteller, said, ‘Why don’t we just go full circle with it and say I am Iron Man?’ And we’re like, ‘Get the cameras! We have to shoot this tomorrow.’”

Avengers: Endgame is now out there wherever films are offered.

What do you assume has been probably the most emotional second of the MCU? Let us know your ideas within the feedback under or by tweeting me at @AdamBarnhardt to talk all issues MCU!