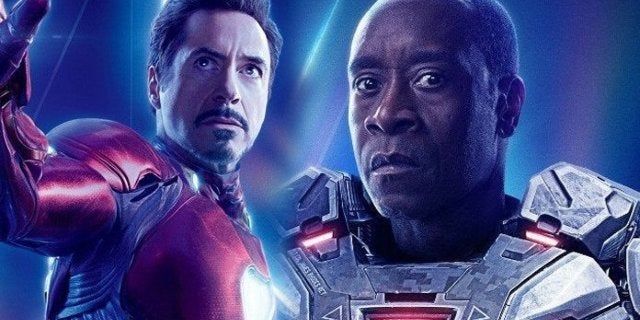 Avengers: Endgame has only been out on Blu-ray and DVD for a week, and fans are still noticing small details about their favorite scenes and characters. One observant fan on Reddit realized that Iron Man and War Machine share another bond in addition to being best friends. Their education at MIT allows them not only great intellect but also some razor-sharp wit at times.

In a post calling them the only true intellectuals during the Infinity Saga, the user points out some other outside the box ideas that both armored heroes had for stopping Thanos. Upon learning that the Mad Titan would need all six stones to achieve his goal, Tony asked why they couldn’t toss one of the stones down a garbage disposal. The mere idea of that is absolutely hysterical as the magical forces are basically indestructible unless you wish them away as Thanos did in Endgame.

The MIT graduates were the only true intellectuals. from r/marvelstudios

The second part of the post isolates the moment during the planning meetings for the time heist where Rhodey asks why they can’t just go back to the past and prematurely terminate Thanos before he ever has the chance to inflict such damage on the universe. One sly commenter remembered that this moment in Endgame had some slight sound effects to help the viewers catch War Machine’s drift.

Marvel Studios has been promoting the film pretty regularly on social media. A recent tweet from the Marvel Entertainment account reveals Don Cheadle’s favorite moment from Avengers: Endgame. The actor best known for playing James “Rhodey” Rhodes/War Machine singled out a funny part of the film rather than one of its more serious moments. In the video, he shares that the moment Scott Lang/Ant-Man (Paul Rudd) fumbles his taco is his favorite scene.

During the moment when the Benatar lands, all of Scott’s taco fixings to fly out of the shell. Then Nebula (Karen Gillan) warns Rhodey on coms that an “idiot in the landing zone,” before Rhodey shows up, startles Scott, and says, “What’s up, regular-sized man?”

The best part of the scene comes at the end when Professor Hulk (Mark Ruffalo) adorably hands Scott one of his own tacos to replace the ones Ant Man lost.

Currently, there is no word on whether or not Cheadle will be returning to the Marvel Cinematic Universe, but the actor does have plenty of projects in the works, including the highly-anticipated Space Jam 2.