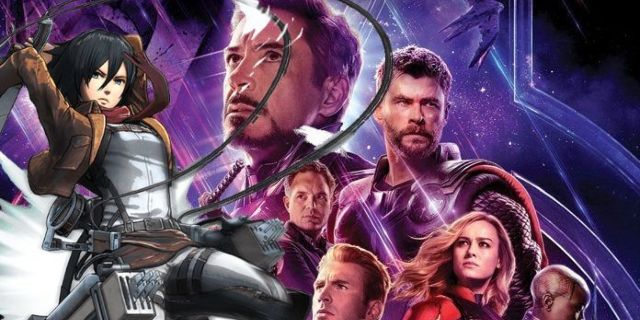 Avengers: Endgame has brought Marvel’s ten year Infinity Saga to a close, and it’s lifted a huge weight off of fans’ shoulders waiting to see how the story would all come to an end. In this way, it’s very much a feeling that anime fans are all too familiar with as anime fans often spending the same amount of time waiting to see how their favorite stories come to an end too. This has inspired anime fans to put an anime spin on Avengers: Endgame in a cool way.

Artist Sam-One Entertainment (who you can find on YouTube here) is quickly picking up steam with their take on Avengers: Endgame as they have crafted a full anime opening for the film inspired by Attack on Titan‘s famous opening theme sequences. Check out the result in the video above!

With Avengers: Endgame now officially available on home video, now fans have access to the high definition footage to edit cool videos like these. There were a few anime inspired edits for the film floating around before, but they were admittedly working with…less desired material. But there’s just a much greater impact to be had with higher quality video for sure.

Attack on Titan has some of the most memorable opening theme songs in the entire medium, and that’s especially true of the song used here, “Shinzou wo Sasageyo” as performed by Linked Horizon. This served as the opening theme song for the second season of the series, and it’s a perfect fit for Endgame’s somber tones and high-octane action sequences.