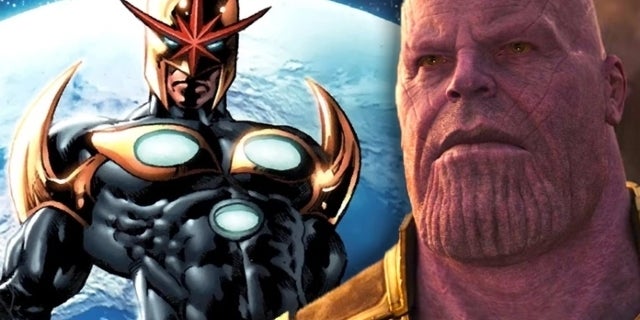 Avengers: Endgame was packed with more Marvel characters than anyone may have realized. The final battle against Thanos called for nearly every living Marvel hero introduced in the MCU to assemble for a battle against Thanos. Even Howard the Duck showed up for the fight. It turns out, no one noticed it yet, but Richard Rider was also in the scene as Nova.

Fans have long clamored for the introduction of Richard Rider in the Marvel Cinematic Universe. As it turns out, he showed up as Nova to fight Thanos with the rest of the heroes. “Look closely at that scene again and you will see. You will see Richard Rider in the background of the shot. Easter egg,” Joe Russo said in a video with Wired (seen above).

It’s real. Richard Rider is in the battle against Thanos and has officially debuted in the Marvel Cinematic Universe.

It makes sense with the character’s story. Prior to the events of Avengers: Infinity War, Thanos destroyed Xandar off-screen as a means to obtain the Power Stone which had been left there by the Guardians of the Galaxy in their first movie. As Richard Rider’s story goes in comics, he inherits the power of the Xandarian Worldmind and becomes the Man Called Nova when the shared power of the Nova Corps is combined into Xandar’s lone survivor.

With five years having passed since Thanos destroyed Xandar, Richard Rider will have more than enough time to become a full-fledged super hero, breaking through his initial lack of desire to do anything of the sort. This also gives a Nova movie an opportunity to feature Thanos and take place during the five year time span where half of the universe was missing, now referred to as “The Blip.”

As for where Nova was in the final battle against Thanos, no one has discovered it yet.

“Nova is… if we have a big board with a bunch of characters that have more immediate potential, Nova is on that board,” Marvel Studios president Kevin Feige told ComicBook.com in 2018. “Because of the connection to the Guardians universe, because there are more than one examples to pull from in the comics that are interesting. And you’re absolutely right, he was in the earliest drafts of the [Guardians of the Galaxy].”

If you spot Nova in the final battle of Avengers: Endgame, let us know in the comment section or send a screenshot my way on Instagram or Twitter!

Avengers: Endgame is available now on digital downloads and blu-ray.