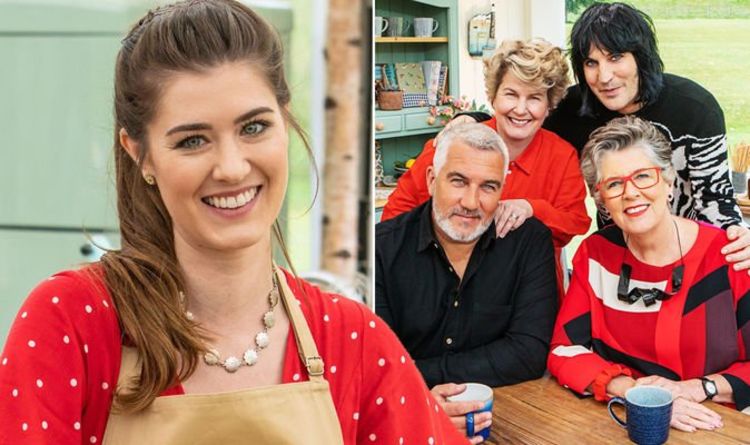 The Great British Bake Off 2019 is coming to Channel 4 this month as Prue Leith and Paul Hollywood prepare to put another 13 amateur bakers through their paces in the famous GBBO tent. One new contestant entering the tent for the first time is Alice and she’ll be hoping her culinary skills will see her all the way through the competition. Alice has described the opportunity as a “dream come true” prior to taking part.

Who is Great British Bake Off contestant Alice?

Alice is a 28-year-old geography teacher who now lives in London.

The Bake Off star moved to New Zealand a few years ago where her love of baking heightened and now she’s ready to show off her skills to Paul and Prue.

Speaking ahead of her GBBO journey, Alice said: “I have wanted to be in Bake Off ever since the show has started,

READ MORE: Paul Hollywood net worth: Bake off star has this much in the bank

“But I wasn’t really good enough when I was 18. To be on such a big show doing something that you are passionate about is a huge thing.

“I also felt that to be accepted into the tent gave me the confidence to feel that I could bake. It was a dream come true!”

Alice has been a huge fan of Bake Off ever since its beginnings on the BBC.

When it comes to baking, Alice’s passion started when she was 15.

The Bake Off star took up baking after an operation for scoliosis rendered sports a no-go.

She’ll be joined in the tent by 12 other contestants, the returning judges and Sandi Toksvig and Noel Fielding.

Both Sandi and Noel have fronted Bake Off since it switched to Channel 4 in 2017.

Alice will be competing for the title of Great British Bake Off winner 2019 against the fellowing 12 bakers:

This year’s Bake Off line-up is officially the youngest in the show’s history with an average age of 31.

The cast boasts contestants from all walks of life, from an HGV driver to a veterinary surgeon.

Nevertheless, the only skill that’ll be required from the line-up is to bake and Paul and Prue will undoubtedly have the perfect challenges to put everyone through their paces.

Great British Bake Off starts on Channel 4 on Tuesday, August 27.