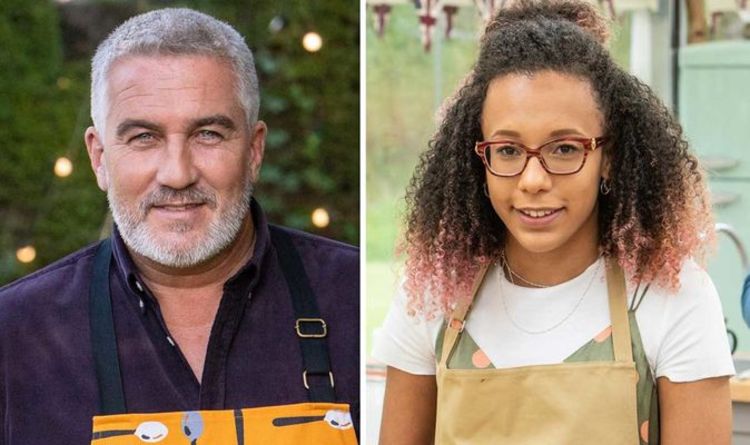 The Great British Bake Off will be bringing back some fun to Tuesday evenings when the latest series of the hit series returns to Channel 4 next week. This year the line-up features 13 amateur bakers who will battle it out to be crowned the overall GBBO winner. This includes Amelia, who is one of the new crop of culinary talent.

Who is Great British Bake Off contestant Amelia?

The Great British Bake Off will be returning to Channel 4 on Tuesday (August 27).

The latest series sees the line-up increase from 12 contestants to 13 this year.

Among the new crop of amateur bakers is Amelia, a 24-year-old sportswear designer living in London.

A big fan of the television series, she has wanted to take part since it began in 2010 on the BBC.

The contestant has been baking since she was just five-years-old and has been a keen chef ever since.

She began watching her mother and grandmother make beautiful cake decorations when she was growing up in Halifax, West Yorkshire.

The 24-year-old has also revealed the secret to how she will approach the competition.

Before entering the tent, the baker told Channel 4 that freshly farmed produce is essential for a good bake.

Viewers can expect the young baker to bring this into the show as she battles it out for one of Paul Hollywood’s handshakes.

This series reunites judges Hollywood and Prue Leith as they devise a series of challenges for the contestants.

Back hosting the show will be the comedic double act of Noel Fielding and Sandi Toksvig.

Throughout the competition, the bakers will be asked to complete three challenges each week.

The first is the signature challenge when the bakers can impress with some tried-and-tested recipes on a theme.

Next, the technical challenge will test the bakers with a blind recipe chosen by the judges.

Finally, they will be asked to complete their showstopper, which is an opportunity to show off their skills with a practiced recipe.

This will be the 10th series of the baking competition, with the past two airing on Channel 4 after making the move from the BBC.

Previous winners have also gone on to big things, including Nadiya Hussain who now presents a number of BBC shows.

This year’s line-up features the youngest contestants in the show’s history.

With an average age of just 31, the young bakers will battle it out to be crowned the winner.

The full Great British Bake Off 2019 line up is: