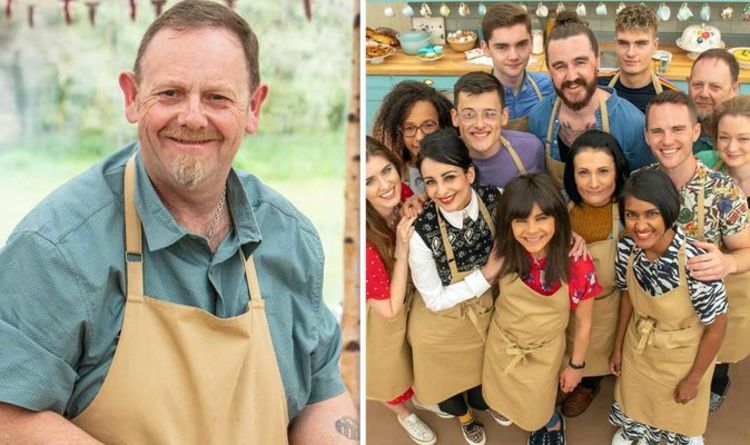 The Great British Bake Off will launch next Tuesday (August 27) on Channel 4 with a new line-up of amateur bakers. The series of GBBO will pit the 13 new contestants up against each other in a new host of challenges. Joining this year’s series is 56-year-old Phil – here’s what you need to know about the amateur baker.

Who is Great British Bake Off contestant Phil?

Season 10 of the Great British Bake Off will begin on Tuesday, August 27 on Channel 4.

The latest series of the baking competition will reunite Paul Hollywood and Prue Leith as the judges.

This year the pair will be assessing the talents of the 13 contestants, which is up from the usual 12 that have appeared in the past.

Included in the new line-up is HGV driver Phil who lives in Rainham, East London.

However, the contestant did reveal it has been a love of his ever since baking bread in his home economics classes at school.

Phil lives in Rainham with his wife and two daughters, who he often bakes for.

The new contestant has revealed he bakes four to five times a week making an array of breads from focaccia to brioche.

As a result, he’s sure to be after some praise from the bread expert judge Hollywood when he enters the tent.

Despite being a keen baker, the HGV driver admitted that some people will be surprised to see him in the competition.

In fact, even though he’s wanted to be on the show for many years, he thinks some of his friends will not believe he’s on the famous show when they turn on their television sets.

Speaking of two of his long-term friends, he said: “They had been staying with us recently and said ‘you make such wonderful cakes’, but have never mentioned to me that I should go on Bake Off.

“So I think they haven’t a clue that I would be in it.”

Alongside baking, Phil is passionate about motorbikes and even sometimes combines the two, turning up to his bike meetings with his edible creations.

Sure to shine in bread week, Phil will be undertaking the signature, technical and showstopper challenges each episode.

The show will be judged once again by Hollywood and Leith who will be setting the bakers increasingly difficult tasks.

Hosts Noel Fielding and Sandi Toksvig will also be returning to ease the tension in the famous GBBO tent.

The 13 contestants in this year’s line-up make season 10 the youngest in the show’s history.

With an average age of just 31, the contestants will battle it to become star baker each week.

The full Great British Bake Off 2019 line up is: