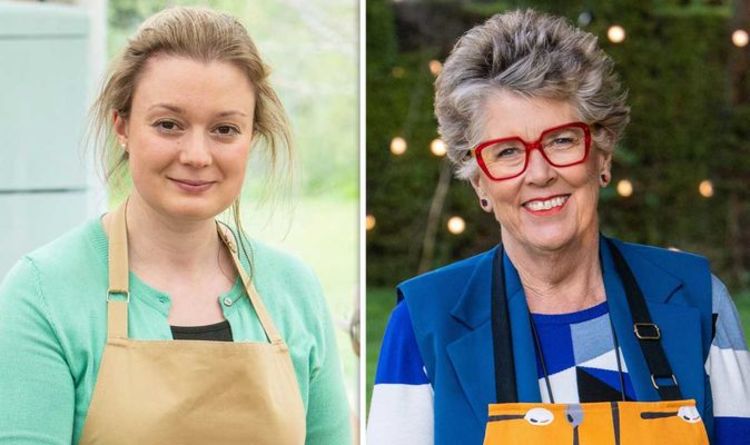 The Great British Bake Off returns with 13 new contestants aiming to be crowned the winner of the Channel 4 series. Beginning next Tuesday (August 27), the judges will be back to put the bakers through their paces in the television competition. Joining this year’s GBBO line-up is Rosie – here’s what you need to know about the amateur baker.

Who is Great British Bake Off contestant Rosie?

The Great British Bake Off launches on Tuesday, August 27 on Channel 4 at 8pm.

A new line-up of 13 contestants will be appearing on the baking series.

This marks an increase from the 12 bakers who usually appear on GBBO.

Among the new additions is 28-year-old Rosie from Somerset.

She is a veterinary surgeon who says she likes to wind down from her stressful job from baking through the night.

As a result, her practice nurses are well-fed with the sugary treats she makes on a daily basis.

Rosie will be bringing inspiration from her surroundings in Somerset into the competition with her.

She loves to keep things fresh by using fruit from the orchards next to her house as well as the eggs laid by her ducks and chickens.

This includes the 28-year-old’s favourite thing to bake, which is a box of mixed pastries.

She will be battling it out in order to be crowned the top baker at the end of the competition.

Along the way, the veterinary surgeon will be judged by Paul Hollywood and Prue Leith.

Testing her skills, she will have to participate in the signature, technical and showstopper challenges each episode.

To keep the contestants’ spirits up, hosts Noel Fielding and Sandi Toksvig will also be returning with their silly jokes and endless puns.

This will be the third season of the show to appear on Channel 4, after the first seven series aired on the BBC.

In previous seasons the famous GBBO tent has been erected for 10 weeks for the competition.

Whether the increase in contestants will change this timeframe has not yet been revealed.

Joining Rosie are 12 other contestants in this year’s competition.

With an average age of just 31, the line-up is the youngest in the show’s history.

The full Great British Bake Off 2019 line-up is: