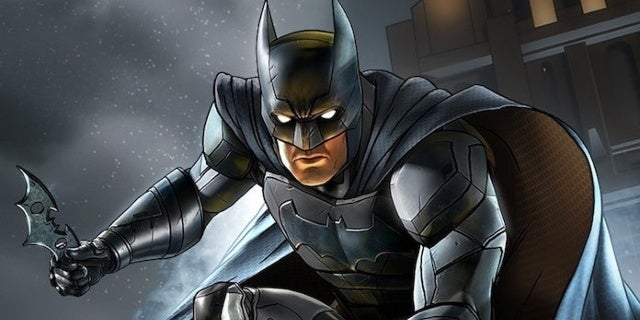 Over on Reddit, one user recently blessed the Internet by taking Telltale’s Batman and removing some animations from it. You’d think that would break the game, but nope. It elevates the game. A no animation Batman is now my favorite Batman. Whether it’s a fight scene or exploding out of the Batmobile, when you strip the animations away from the Caped Crusader, the result is the most hilarious gameplay sequences.

So, I’ve removed “some” animations from Batman… again from r/gaming

Batman but without the animations from r/gaming

As you can see in the videos above, when you remove some animations from the game it basically just looks like when you used to smash your action figures together. And you know what, after watching this video a few times I’ve come to the conclusion that somebody really should make a game without animations where the whole gimmick is they are action-figures fighting against each other. For example, somebody should make a G.I. Joe action-figure game that takes place in a child’s mind. I know I’d buy it, and I’m sure plenty of others would too. And hey, think of the all the money you’d save, after all, animations is one of the most expensive parts of making a game.

I digress, at this point, I’d just like a new Batman game. At the moment, there’s none confirmed to be in development, but it’s rumored that Warner Bros. Montreal is working on a new Batman game. And of course, it’s also possible Rocksteady is as well, though recent rumors suggest it’s probably making a Justice League title.