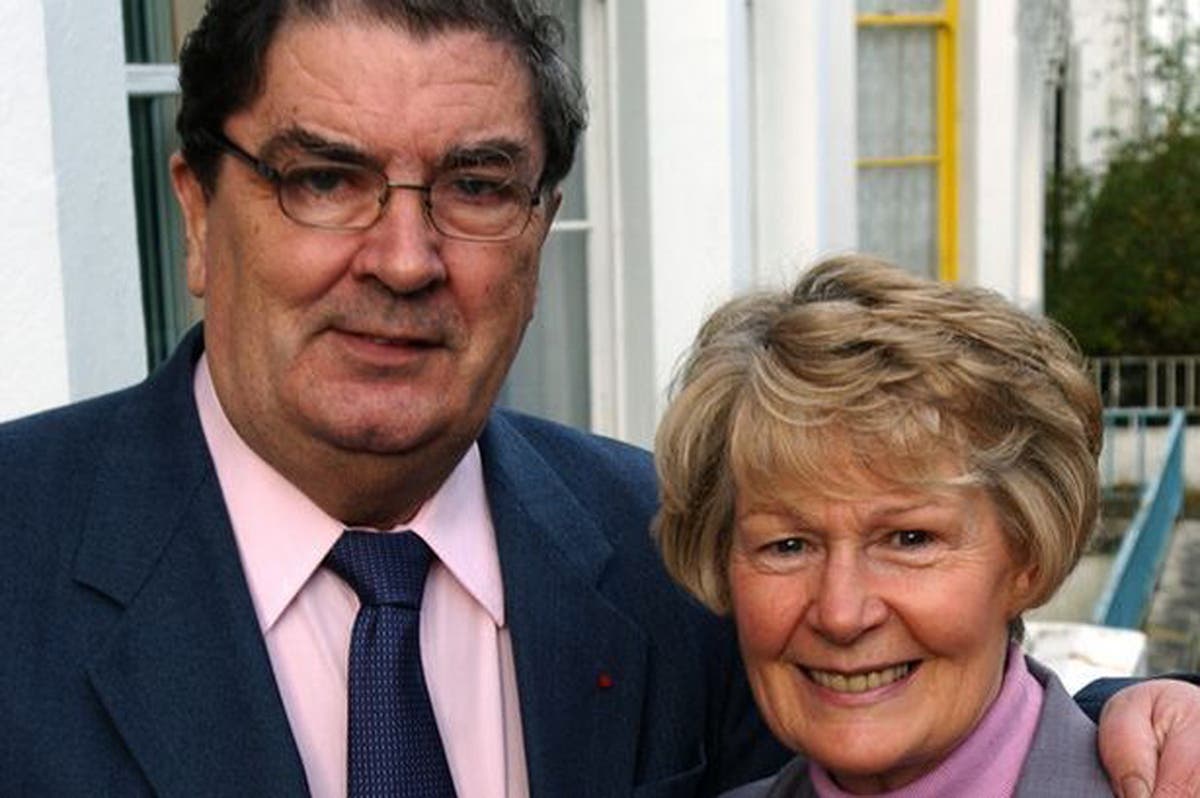 book of condolence is to be opened in Londonderry for Pat Hume as tributes continue to pour in for the widow of late SDLP leader John.

Mrs Hume, a mother-of-five from Derry, died at home after a short illness on Thursday, surrounded by family.

The former teacher’s death comes just over a year after that of her Nobel Peace Prize-winning husband.

The death of the SDLP founder, who was a key architect of the 1998 Good Friday Agreement, led to a flood of tributes from around the world.

Former US secretary of state Hillary Clinton was among those paying tribute to Mrs Hume, describing her as a “gracious, determined force behind the achievement of peace in Ireland”.

Mrs Hume had worked alongside her husband for several decades, from the beginning of the civil rights movement in the 1960s through until after the signing of the Good Friday Agreement in 1998. She later cared for him during his long battle with dementia.

She was awarded the Irish Red Cross Lifetime Achievement award in 2018 and a foundation honouring her and her husband’s peace and reconciliation work was launched last year.

The book of condolence in Derry’s Guildhall will be opened by the Mayor of Derry and Strabane Graham Warke on Friday.

He said: “I wanted to open this book of condolence today to offer the people the chance to pay their respects and say thank-you to a remarkable and courageous woman who was unfailing in her service to the people of this city and right across Northern Ireland and beyond.

“The tributes that have been pouring in from across the globe, from all spectrums of life, are testament to the contribution Pat Hume made in her own right to achieving peace and reconciliation, and the many lives she touched with her kindness and courage.

“I want to extend my own personal condolences to the Hume family today – they have given much over the years and to lose both John and Pat in such a short space of time is particularly heart-breaking.

“However, it must be some comfort to know that Pat’s legacy will live on in the people of this city, and in the ongoing work of the John and Pat Hume Foundation.

“I think I speak on behalf of everyone when I say thank-you Pat for your compassion, grace and commitment, and the life you devoted not just to your husband and your family but to all who needed a helping hand or a listening ear.”

“From away back in the 1960s, John was the political strategist of the century in Ireland – the peace process, the Good Friday Agreement, he’s the architect, he’s the chief architect of those things,” she told RTE Radio One.

First Minister Paul Givan said it was testament to Mrs Hume’s legacy that her death had prompted so many tributes from home and abroad.

“There is a real sense of loss following the death of Pat Hume,” he said.

“Not just among her friends and family – and my thoughts and prayers are with them at this difficult time – but for the many lives she touched, both directly and indirectly.”

Deputy First Minister Michelle O’Neill said: “I was very sad to hear about the death of Pat Hume. Pat was a strong and determined person whose immense contribution to our peace is recognised across this island and across the world.

“My thoughts are with Pat and John’s children, the entire Hume family, and the people of Derry who will feel her loss deeply.”