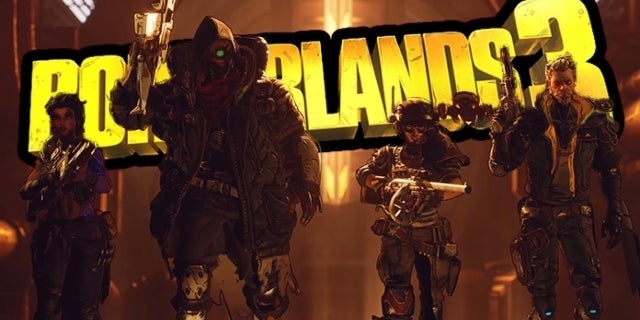 Borderlands 3 is officially arriving in less than a month and players cannot wait to jump back into the shooting and looting universe created by Gearbox Software. We have had the opportunity to see plenty of footage from the game since its initial reveal, with several videos being released that highlight the new characters and planets that will be featured in the title. That said, during this year’s Gamescom, creative director Paul Sage took to the Opening Night Live stage to offer up a few details about players can expect when they finish the main campaign.

During his time on stage, Sage touched on a few topics regarding Borderlands 3, including the endgame content that players will be running into once they’ve tackled the main story. For starters, the Circle of Slaughter will be making its return. In case you don’t know, this was the horde mode found in Borderlands 2, which allows players to team up with friends and take on wave after wave of baddies.

In addition to this, there will also be Proving Grounds. The ways that players can gain access to these missions is by examining Eridian writing as well as embarking on missions that have optional objectives. Completing these can garner impressive loot that may not be otherwise available. Plus, this is all in addition to the bounty of DLC that Gearbox has set for the game.

Just announced! Test your might and score some top-tier loot in the crucibles of the all-new Proving Grounds and the returning Circle of Slaughter arenas in #Borderlands3. #GamescomONL
Learn more ➜ https://t.co/YwnESIdZNk pic.twitter.com/AKCDK4T3HY

Borderlands 3 is set to officially arrive on September 13th for Google Stadia, PC, PlayStation 4, and Xbox One. For even more on what the upcoming installment is all about, check out some of our previous coverage as well as the official description below:

“Mayhem is coming. The original shooter-looter returns, packing bazillions of guns and a mayhem-fueled adventure. Blast through new worlds and enemies as one of four new Vault Hunters. Play solo or with friends to take on insane enemies, score loads of loot and save your home from the most ruthless cult leaders in the galaxy.”

What do you think about all of this? Are you excited to see everything Gearbox has planned for Borderlands 3 after it launches next month? Sound off in the comment section below, or feel free to hit me up over on Twitter @anarkE7!