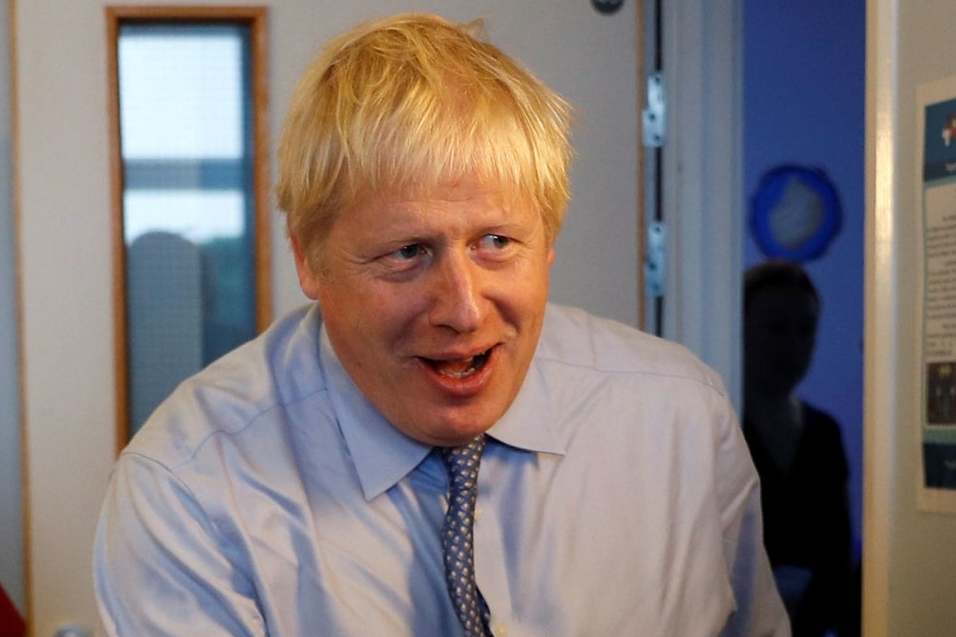 Boris Johnson has faced fresh calls to ensure there is no return to a hard border on the island of Ireland in the event of a no-deal Brexit.

The Prime Minister wrote to EU Council President Donald Tusk on Monday evening outlining his opposition to what he called the “anti-democratic” Northern Ireland backstop.

In the letter, Mr Johnson said while he wants the UK to leave the EU with a deal, he could not support any withdrawal agreement that “locks the UK, potentially indefinitely, into an international treaty which will bind us into a customs union and which applies large areas of single market legislation in Northern Ireland”.

It comes as a senior US politician warned that legislators would move to block a future US-UK trade deal if it puts the Good Friday Agreement at risk by introducing a hard border between Northern Ireland and the Republic of Ireland.

US Senate Democratic leader Chuck Schumer has written to US secretary of state Mike Pompeo warning that Congress could work on a cross-party basis to block a deal.

Mr Schumer called for the Trump administration to stop “over-promising an unconditional and unrealistic” post-Brexit trade agreement with the UK.

The letter was also sent to Foreign Secretary Dominic Raab.

Mr Johnson spoke with Donald Trump on the phone on Monday night updating the president on Brexit ahead of their meeting at the G7 summit in France at the weekend.

Mr Trump later said he and Mr Johnson had shared a “great discussion” in which they talked about moving “rapidly on a US-UK free trade deal” after Britain’s departure from the bloc.

The Prime Minister also spoke to Irish premier Leo Varadkar for an hour and agreed to meet in Dublin in early September.

They also discussed other Brexit-related issues, including the Withdrawal Agreement.

Writing to Mr Tusk, the PM confirmed he is committed to ensuring there is no return to a hard border on the island of Ireland.

He proposed “flexible and creative solutions to the unique circumstances on the island of Ireland”.

He added: “I propose that the backstop should be replaced with a commitment to put in place such arrangements as far as possible before the end of the transition period, as part of the future relationship.

“I also recognise that there will need to be a degree of confidence about what would happen if these arrangements were not all fully in place at the end of that period.

“We are ready to look constructively and flexibly at what commitments might help, consistent of course with the principles set out in this letter.”

Mr Johnson acknowledged that “time is very short” but said: “The UK is ready to move quickly, and, given the degree of common ground already, I hope that the EU will be ready to do likewise.”

Mr Lloyd said Mr Johnson “seems to have forgotten that he voted for Theresa May’s deal including the backstop”.

He added: “Whichever Brexit outcome he pursues, whether it’s a disastrous no deal or this fantasyland wishlist, Boris Johnson clearly has no qualms about putting jobs, rights, prosperity or peace in Northern Ireland at risk.”

In his call with Mr Vardakar, Mr Johnson said free movement between the UK and Ireland will not end in the event of a no-deal Brexit.

The pair’s conversation follows the Government’s announcement that free movement for EU citizens travelling to the UK will end immediately in the event of a no-deal Brexit.

A Downing Street spokesman said: “The Prime Minister made clear that the common travel area, which long predates the UK and Ireland joining the EU, would not be affected by the ending of freedom of movement after Brexit.”

The common travel area is a special zone combining the Republic of Ireland and the UK, the Isle of Man and the Channel Islands, which dates back to the establishment of the Irish Free State in 1922.

The UK and Irish governments have previously expressed their desire to maintain the common travel area after Brexit and EU negotiating guidelines state they would respect such bilateral agreements.

However, a House of Commons briefing paper from June 2017 quotes constitutional expert Professor Bernard Ryan, of Leicester University, who questioned the extent to which the rights of Irish nationals in the UK are secured by existing law.

Prof Ryan warned new legislation could be required to protect Irish nationals’ status in the UK after Brexit.