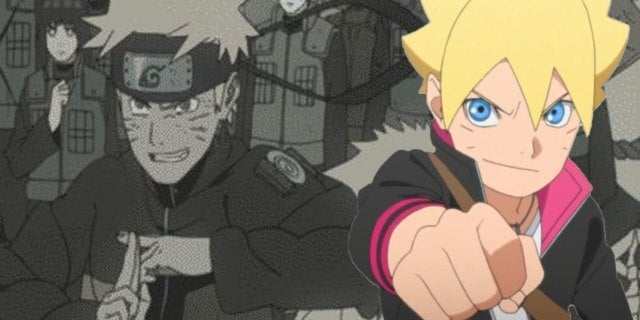 The heroes of Naruto know war is sometimes beyond their control. In the franchise’s early days, the ninja villages often clashes with one another, but the biggest war of Naruto came when all the countries banded together against a common enemy. Now, Boruto has shown the ninja world at peace, but all is not well for everyone.

It turns out war has left a large burden on some unsuspecting villagers who never asked for conflict to affect them.

Recently, Boruto: Naruto Next Generations took a heartbreaking look at the aftermath of the Fourth Great Shinobi War. Episode 120 followed Boruto as he tried to locate Sasuke Uchiha in the Wind Country after sneaking out of his home village. Instead of making it to the Hidden Leaf, Boruto winds up in a remote town after he is rescued by a girl named Isago.

It turns out the girl’s father Gojo has a major grudge against the ninja world, and it is because of the last war. It turns out Gojo’s village was destroyed during the skirmish but not by Madara or any enemy. The town was destroyed by friendly ninja who were trying to smoke our nearby enemies and considered the village acceptable collateral damage.

Boruto is able to convince Gojo to give ninja a second chance, but this revelation did give long-time fans a new way to see the Fourth Great Shinobi War. Many understood the event was deadly, but little thought was given to non-combatants during that time. It turns out commoners were equally affected by the war, and Boruto made sure to play out their trauma for all to see.

So, do you think the war will factor into more Boruto arcs down the line? Let me know in the comments or hit me up on Twitter @MeganPetersCB to talk all things comics and anime!