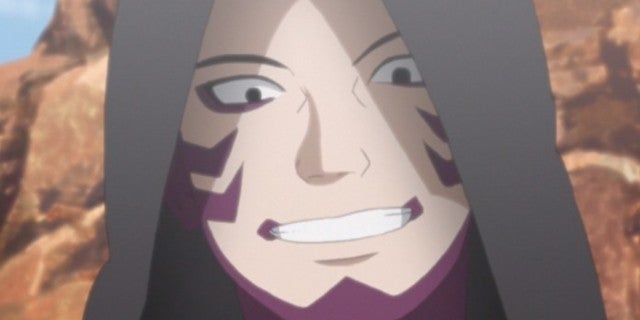 Boruto: Naruto Next Generations has begun a brand new arc that saw Boruto leaving the Hidden Leaf Village in order to find Sasuke for more training. But things didn’t quite go as planned as by the time Boruto caught up with Sasuke, Sasuke was in the midst of an intense fight with Urashiki Otsutsuki. This left Sasuke crippled by a surprising chakra move, and now Boruto is left with very little option. Gaara’s in trouble too, now, and the preview for the next episode kicks things up a notch.

With Gaara and his Shukaku in trouble, Kankuro surprisingly makes his return to the series as the preview for Episode 121 seems him join the fight with several killer puppets in tow.

Episode 121 of the series is titled “The Entrusted Mission: Protect the One Tails!” and sees Gaara struggling to fight back Urashiki on his own. Sasuke and Gaara formed a brief tag team when Boruto arrived, but this was soon broken up when Sasuke was whisked away to a new location thanks to Urashiki’s Rinne Sharingan. But it’s soon clear that Gaara won’t be able to fight Urashiki back for long as Shukaku is seen summoned in some form.

After being stored in a mysterious black pot, Gaara enlists both Boruto and the also returning Shinki to get Shukaku out of there. But it seems like their break away isn’t very clean, and this is where Kankuro comes into play. Arriving to help Gaara in this tough situation, fans will soon see how much he’s grown in the years since his last full fight depicted in the series.

Kankuro and Temari have been mysterious additions to the Boruto: Naruto Next Generations world. While they have ties to the current characters, it’s not quite clear just how much they’ve advanced with their ninja skills since fans have seen them in combat in the original series. With Temari presumably out of action now that she’s a parent, there’s a hope that Kankuro has got some tricks up his sleeve. Hopefully this next episode will be a good showcase for him.