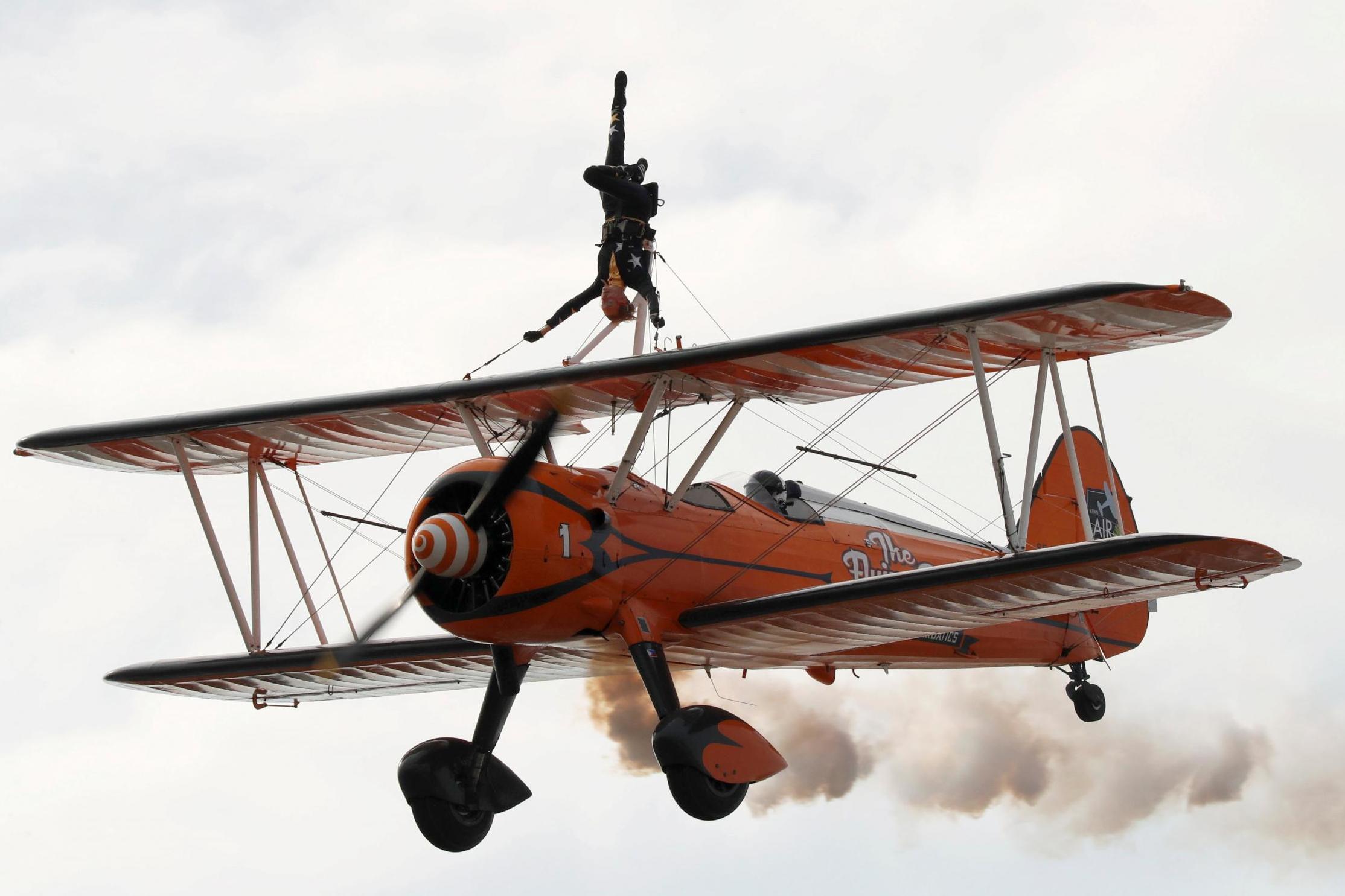 The UK’s biggest air festival will return once again to the south coast when the Bournemouth Air Festival kicks off.

Organisers of the 12th annual show, which begins on Thursday, are hoping for another four days of spectacular action with more displays planned this year than ever before.

For the first time since 2016, the Eurofighter Tycoon will take to the skies for a special dusk display on Friday night, while the crowds will also be entertained by debuts from the Saab Drake and the Ultimate Warbird Flights.

There will also be displays from the Aerosuperbatics Wingwalkers, the Tigers Parachue Display Team, the Black Cats Helicopter Display Team, The Red Devils and many, many more.

Hundreds of thousands are expected to descend on the town over the course of four days and those in attendance will also be treated to exhibitions from the Royal Navy and Army along with live music, funfair entertainment and plenty of food and drink.

Here’s everything you need to know about the Bournemouth Air Show 2019.

When is the Bournemouth Air Show 2019?

The Bournemouth Air Show will run from Thursday, August 29 until Sunday September 1.

The first three days will run from 10am-10pm, while the last day will run until 6pm.

There will also be a fireworks display taking place on Friday and Saturday.

Where is the Bournemouth Air Show taking place?

The festival will take place between Bournemouth and Boscombe Piers and in the Lower Garden. Stalls and entertainment will be set up all along the beach.

It is expected to be extremely busy, so it is advised that you get a good spot early – people will set up camp on the overcliff and beach from around 7am.

Festival-goers are in for some luck this weekend, with highs of 20C are expected on a sunny Thursday, despite the risk of showers.

The forecast over the rest of the weekend is looking just as good, with Friday expected to be warm and sunny after a cloudy start.

Saturday will be more overcast, bringing with it slightly cooler temperatures which are expected to jump up to 17C again on Sunday.

Will the Red Arrows be performing this year?

Unfortunately the Red Arrows won’t make an appearance this year, as they will be on a nine-week visit of North America.

What is on the schedule?

During Friday, Saturday and Sunday there will be displays from an RAF Tycoon, RAF Chinook and an RAF Tucano on Thursday and Friday.


There will also be fly-pasts from Royal Navy Black Cats Team, the Battle of Britain Memorial flight, the Tigers Freefall Parachute Display team and the Saab Draken over the four days.

Crowds will also expect to see displays from a Buchon, Spitfire, P-47D Thunderbolt and P-51 Mustang, along with a MiG-15, Canadair T-33 Silver Star and a Hawker Sea Fury.

To add to all of this, there will also be live music from 7pm-10pm on Thursday, Friday and Saturday and army, navy and air force villages offering demonstrations and hands-on experiences.

A bay class landing ship, along with a Royal Navy Frigate and two P2000 vessels, will be stationed in the sea.

Is there a timetable of events?

According to Military Airshows, the expected table of events is below: