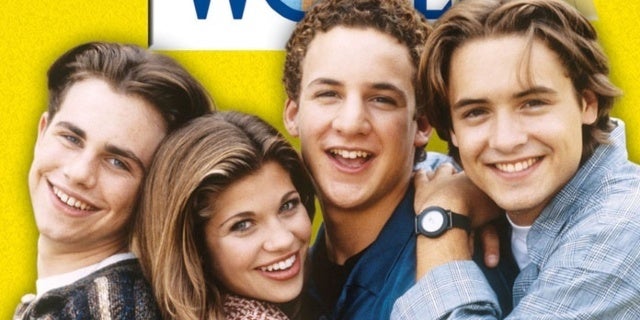 Over the course of seven seasons, the cast of the popular ’90s sitcom Boy Meets World became beloved to fans for their portrayal of the now-iconic characters Cory, Topanga, Shawn, Eric, and Mr. Feeny. This weekend at Boston Fan Expo, the cast came back together again reuniting for question and answer session during the event as well as some pretty great photos.

In posts to Instagram, series stars Will Friedle (who played Eric Matthews) and Danielle Fishel (who played Topanga Lawrence) shared photos of themselves alongside Ben Savage (who played Cory Matthews), Rider Strong (who played Shawn Hunter) and William Daniels (who played George Feeny) having a good time together at the event.

Running from 1993 to 2000, Boy Meets World followed the life of Cory Matthews as he navigates everyday life from the point we meet him in middle school all the way through college and his eventual marriage to Topanga. The series saw Cory and his friends deal with a variety of issues, such as drinking, sex, and divorce in a relatable and real way that earned the series a devoted fanbase. It’s that approach to moral less and social issues that Fishel told fans at New York Comic Con last year that she still has fans mention to her on Twitter.

“Michael Jacobs was our showrunner and he came up with about all of the ideas and he is very socially focused,” Fishel said. “He has very strong opinions on things and he knows there are some universals that those lessons could span a long time. I get mentions on Twitter thanking me for things that Topanga stood for or against. It is really wild that those things are still relevant, and I hope they are in another 20 years.”